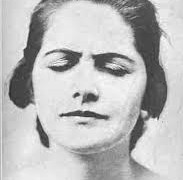 Do you listen with eyes shut?

Myself, I’m an eyes-wide-open man, fascinated by body language as much as by musical expression.

Last night at the Bristol Proms, we heard Beethoven Opus 131 played in the dark. Not totally dark. There were some clever shafts of occasional light from above and below, giving a spectral appearance to the Sacconi Quartet, who bravely played one of the summits of the repertoire in conditions where visual communication between the players was impaired.

At best, the performance acquired an ethereal dimension, taking us by free association into Beethoven’s black world of deafness. These were transcendent moments.

The deficiency was the difficulty the players had adjusting to slippages of intonation – they needed to pause between movements at least once to retune – and to the loss of physical awareness of each other.

It was a fascinating experiment. Maybe it worked better for those who listen habitually with eyes closed.

« The whole of Bruckner is now online

The toughest interview of my life »