The Dallas Morning News is under new editorship and talent is fleeing in droves (the official language is that they are accepting buyouts).

At the head of the exodus is music critic Scott Cantrell, a writer of international renown.

He may not be replaced. 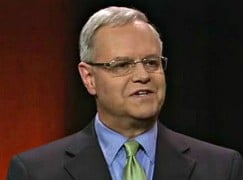 UPDATE: Scott writes: Thanks for your very generous characterization of me. There is a new editor. The buyout was made available to 167 members of our 300-plus newsroom, and I gather more than 30 are taking it. No decision has been made on the classical music critic position going forward. We’ve agreed in principle that I’ll continue to cover the beat on a reduced freelance basis through the 2015-2016 concert season. That will give me the transitional year I’d really hoped for, and give editors time to consider how they want to cover classical music in the future. I’ve had a wonderful 15 years at the Morning News, but the timing of the buyout couldn’t be better for me.