Bullying in the arts ‘ is common and increasing in frequency’

That’s the argument of a doctoral thesis by Anne-Marie Quigg, presented at the University of London. The subtitle is ‘When Creative becomes Coercive’.

You can read the full thesis here (we’re saving it for the weekend).

This is a summary (below). You know it happens. You’ve seen the movie Whiplash. Be aware. 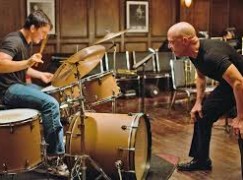 The original research carried out in a range of arts organisations in the UK included employees at every level within both commercial and subsidised performing arts organisations in England, Scotland and Northern Ireland. It demonstrates that bullying in UK performing arts organisations is common and increasing in frequency: it is damaging, oppressive and unacceptable. Clear evidence is presented of the failure of management satisfactorily to address bullying: some arts workers tolerate intimidating behaviour by powercut managers because they believe in, and are committed to, the Arts. Among managers, the notion of the arts as vocaffon persists. The widespread perception is that arts organisations work outside the rules and limitations of the ordinary milieu, choosing to work in theatres and arts centres rather than in offices, factories and shops, and that the arts are different and exempt from normal rules and regulations. The research found that many aspects of working in the performing arts are not peculiar to the profession, they occur in other employment sectors and are more likely to be characteristic of the times in which we live, than specific to the sector in which we work. In assessing workplace stressors, it is the response of the organisation, alongside the individual response, that determines negative stress levels. The apportionment of responsibility for successful resolution of negative behaviours within arts organisations is examined. The need to develop suitable policies for dealing with bullying is highlighted. The nature of the behaviour, its effects on individuals and organisations and the role of the perpetrator are outlined. The experience of, and steps taken by, other countries are examined, notably Australia, Canada, France, Sweden and the United States where the profile of bullying behaviour continues to be featured regularly in the press and media, although not yet in the performing arts.