The best name that leaps out of the coming BBC Proms season is that of SWR Symphony Orchestra Baden-Baden and Freiburg, with its conductor, Franz-Xavier Roth.

The orchestra has been fighting a losing battle – with the help of leading conductors from Boulez to Rattle – to stop the SWR merging it with its other orchestra in Stuttgart.

All praise to the BBC for delivering this none-too-subtle slap around the collegial cheeks to the SWR’s hierararchy for their crass and blundering actions.

We should all try to turn out for this salutary farewell concert. 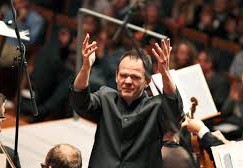