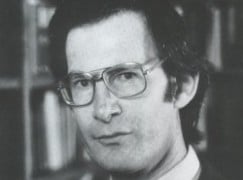 What took him so long?

Sir John Eliot Gardiner and the Monteverdi Choir make a long-awaited return to London’s Wigmore Hall this May, almost 50 years since he and his newly-formed choir first performed there in 1966. They are joined this time by English Baroque Soloists, formed by Sir John Eliot in 1978, for a programme of Monteverdi, Schubert and Brahms with tenors Krystian Adam and Peter Davoren and soprano Francesca Aspromonte.

The already sold-out performance in London’s premiere chamber music venue is their first UK performance of 2015 in the very venue in which Sir John Eliot Gardiner made his professional conducting debut whilst still an undergraduate at Cambridge University. The programme is repeated in Versailles two days later.

‘As the hall that saw the London debut of the Monteverdi Choir, I am thrilled to be returning to Wigmore Hall after so many years. Wigmore Hall has firmly established itself as one of the country’s most iconic and atmospheric concert halls, and I am pleased they are welcoming us back with such open arms.’