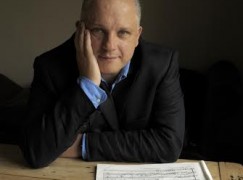 In a deal reminiscent of the Ewing family, Dallas Opera has swooped for Peter Manning, concertmaster of the Royal Opera House, offering him opportunities both to lead the orchestra and conduct it.

It’s what they call in the City ‘a tailored fit’. And in The Godfather ‘an offer he couldn’t refuse’.

It leaves Covent Garden in a considerable quandary. Its orchestra has been the subject of much criticism lately for hiring too many freelancers on too little rehearsal.

UPDATE from the ROH: ‘Peter Manning is serving as a Guest ConcertMaster and Guest Conductor with Dallas next Season.  He still remains a permanent member of the Orchestra of the ROH, and he will be fulfilling the same contractual hours as Concertmaster next Season as with all his previous sixteen  Seasons with us.’

DALLAS, MARCH 24, 2015 – The Dallas Opera is delighted to announce the appointment of one of the most esteemed artists on the British classical music scene, Peter Manning, to serve as Guest Concertmaster and Guest Conductor for the company’s landmark 2015-2016 Season.

Mr. Manning will assume the responsibilities of concertmaster for the fall 2015 revival of one of The Dallas Opera’s most beautiful productions: Giacomo Puccini’s Tosca, designed by Ulisse Santicchi and conducted by TDO’s acclaimed Music Director Emmanuel Villaume.  This inaugural engagement will be followed by a symphonic concert in the spring of 2016 (dates and program to be announced) designed to include both soloist and chorus—also to be conducted by Maestro Villaume.  Additionally, Mr. Manning will personally conduct performances in TDO’s extremely popular family subscription series.

Said Dallas Opera General Director and CEO, Keith Cerny: “In keeping with our mission to bring the world’s most talented artists and performers to North Texas, it is a special thrill to invite Mr. Manning to add his legendary talents as a concertmaster and conductor to the upcoming season.  It will be a delight to bring him to Dallas to be part of the opera ‘family’, and we are already making special plans for his residency.”