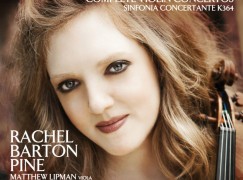 An editor mentioned she was finding it hard to find new releases for review this month. Others chimed in that the record industry’s output is not much more than a trickle, much of it bottom-of-barrel stuff.

On the other side of the till, this week’s US sales figures have gone back to abysmal.

Bocelli tops the pile with fewer than 1,000 sales.

Second is André Rieu with just over 500.

For those who looked to Vienna waltzes for a pick-up, the New Year’s Day concert is 12th in the Nielsen rankings, with just 117 sales.

These are figures the music biz don’t want you to see.

Who’s this on Sweden’s new banknotes? »