Fred Lingen has died. Holland owes him its opera house.

He founded the Wagner Society in 1961 and was artistic adviser to the Friends of the Opera from its inception. 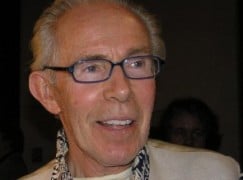 Pierre Audi, director of De Nederlandse Opera, writes to Slipped Disc: ‘He was the most important opera lover DNO will ever know. A man who was at every show for decades. The kind of living treasure that surrounds an artform with unconditional passion and vast knowledge, they come once in 100 years. Losing Fred is losing something from our soul.

‘People like Fred can make a colossal difference to an artform taking root or not. He gave us the feeling the Dutch are an opera nation when in fact they struggled with the unCalvinist notion of opera from the 17th century to this day. Six months ago Fred received a well deserved medal (order of Oranje Nassau) in recognition of his services to opera. Everyone knew this was a sort of public goodbye as he was ill. I’ll speak at his funeral next Thursday.’