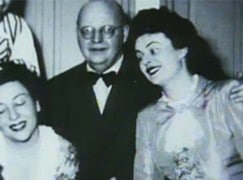 40 years on, a major maestro’s widow finds her rest

We have been notified of the death of Harrietta Krips, widow of the much-recorded Josef Krips, who died in 1974.

Harrietta was co-author of a recent books of memoirs titled, ‘Pas de musique sans amour’ – there’s no music without love. She died on January 12, aged 76. 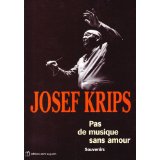 He recorded copiously for many labels – chiefly for Decca and Philips and, perhaps most notably, a Beethoven cycle for Everest. Harrietta stayed well out of the limelight. She is buried beside him at the Neustift cemetery in the Vienna Woods.