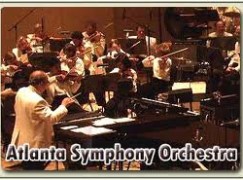 In a move unprecedented in US orchestras, the music director and principal guest conductor of the Atlanta Symphony Orchestra have pitched into the attempt by ASO management to force through further job cuts, under threat of an imminent lockout. Robert Spano and Donald Runnicles leave no doubt as to where their commitment lies. Read their remarkable letter below.

To: The Atlanta Symphony Orchestra September 2, 2014
— The Board of Directors
— The Management
— The Musicians
Although it is neither our place nor our intent to involve ourselves directly in the collective bargaining process between musicians and management, we feel compelled to write this letter. Our doing so bears inherent risks as it may be construed as our taking sides in what again has proved to be a contentious process. We both feel bound by a sense of responsibility and deep commitment to represent and remind everyone what the ASO is all about: its high musical standards and aspirations. Indeed we are charged by contract to create and maintain it.

In the heat of the current negotiation we fear these standards might easily be forgotten or compromised. Our emotional commitment to the ASO and its potential is profound. This prompts us to speak out lest we fail in our duty to preserve the extraordinary legacy that has passed into our hands as temporary stewards. This is all the more poignant in that next season we celebrate the legacy of Robert Shaw. The ASO is a jewel, which should not be lost or compromised, and the current conditions threaten that loss.

This year’s contract negotiation repeats an unhealthy pattern of pitting musician and management positions as incompatible alternatives. The situation is not unique to Atlanta. There are positive examples to emulate but above all we must avoid the residue of discord and acrimony. The concept that stopping the music — whether characterized as lockout or strike — as a reasonable alternative is  unfathomable, deeply divisive, and would be a tragic mistake.

Two years ago, our musicians accepted huge concessions with an expectation that, in so doing, both board and management would be able to steer the organization out of financial distress. We ask the board and management to acknowledge the sacrifice the musicians have already made, and to examine other ways and areas to establish sustainability.

Sustainability must also be applied to a quality of the orchestra and the notion of excellence, not only to finances. There are artistic lines that cannot and must not be crossed. We must re-dedicate ourselves to the ASO’s founding principles of excellence and to the support of a full, robust, and world-class symphony orchestra. We need a long-term agreement. The very nature of how the ASO interacts with its community is
far better served without frequent interruptionof collective bargaining. Creative innovation itself requires time. Conception, investment, and experimentation take time to implement, and cannot be assessed instantly.

As we reflect on our long and deep relationship with this remarkable orchestra, it is our fervent hope that our words would be used only as a reminder of the common purpose we share: the purpose to which the board has generously and tirelessly devoted considerable energy and personal resource – and that same purpose to which the musicians dedicate their lives and livelihoods.
We are both deeply committed and deeply concerned.
ROBERT SPANO      DONALD RUNNICLES
Music Director       Principal Guest Conductor

« Soloist leaves his trumpet on the train