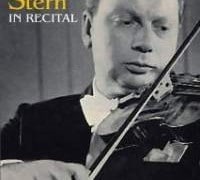 Did Isaac Stern wreck the lives of rival violinists?

The death of David Nadien, a revered performer and sometime concertmaster of the New York Philharmronic, has revived old rumours that his career, along with several others, was ruined by the machinations of America’s master-violinist Isaac Stern.

Now Isaac was influential, no question about that. He single-handedly drove the campaign to save Carnegie Hall from the wrecker’s ball and he advanced any number of string talents through ICM Artists, which was run by his former secretary, Lee Lamont. He had first reports on new talent at Juilliard from his friend Dorothy DeLay, the strings queen. He was close to Leonard Bernstein. He was in a position to help others, but that does not mean he could also harm.

I looked into all of this when researching my book, When the Music Stops (published in the US as Who Killed Classical Music?), and found no trace of any kind of godfather mania on Isaac’s part. He wielded influence, and gave money, on behalf of those he believed in. That’s about it.

There was no way he could have killed a career. ICM represented a lot of instrumentalists but it was a boutique on the US concert scene beside the supermarket that was Ronald Wilford’s CAMI. Neither had absolute power to make or break. Promoters and orchestras unhappy with one agency could always turn to the other. America was, and remains, an open market.

Yet the gossip persists that Isaac Stern fixed a few careers. A well-connected observer told me today it’s what ‘everyone says’.

I believe it is untrue. In the absence of any objective evidence, it’s time to lay the slurs against Isaac Stern to rest.

« Amira’s no threat yet to heart-tugging Jackie Evancho