The Mahler conductor and the sex offender: two statements and a charge of lying

Benjamin Zander, who left his post at New England Conservatory last week over having employed a video cameraman with a sex-offence conviction, has posted two statements on his website. In the first, he informs his students, members of the Youth Philharmonic Orchestra, that he had been dismissed by the NEC well before the sex-conviction issue was raised:

One week after we returned from our triumphant tour last June, after the sold-out concert in the Musikverein, I was handed a letter from president (Tony) Woodcock announcing that my tenure as conductor of YPO and my role as the Artistic Director of Walnut Hill would be terminated on June 30th 2012. No reason was given except that they were engaged in succession planning. But I believe that was not the real reason. It is my opinion that the president had become upset with me during the complex discussions caused by disagreements between us about the tour. I believe that terminating my services as soon as possible had become a priority.

In the other, he launches a passionate defence of his friend, the videographer, Peter Benjamin, as a man who had offended more that 20 years ago and was now a fully rehabilitated member of society. Filming concerts was, in fact, a required part of his rehabilitation:

In 1991, Mr. Benjamin made a serious mistake. For this he was prosecuted, convicted, and imprisoned. Thereafter, of his own volition, Mr. Benjamin entered into and engaged in a very successful four-year intensive therapy program specifically designed to treat individuals who had sexually offended against minor-aged adolescents. The recidivism rate for individuals having completed this program is less than 5%. After Mr. Benjamin completed his sentence in 1998, he was released and placed on supervised probation for five years. As part of his probation Mr. Benjamin was required to work. Mr. Benjamin obtained permission from the probation department to return to his long-time profession of videotaping live music events. While on probation, he was asked to have another adult with him when he was filming at schools or churches to negate any possibility or appearance of impropriety. Probation specifically knew he filmed events at the New England Conservatory. Successfully completing probation, Mr. Benjamin nevertheless kept this precaution in place for years afterwards. Mr. Benjamin has never re-offended and deserves credit for this.

Zander makes a strong case here that the New England Conservatory and its president, Tony Woodcock, have not been telling the whole truth. I await, in the public interest, a clarification of their position. 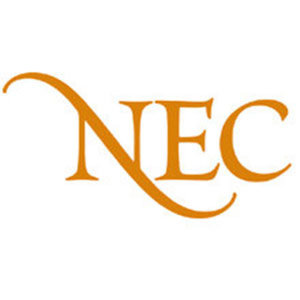