Now he's a baritone, he's got a new record contract

Sony Classical have just announced the signing of an exclusive new artist.

His name’s Placido Domingo, and they don’t breathe a word about repertory. Not a whisper or a tease. 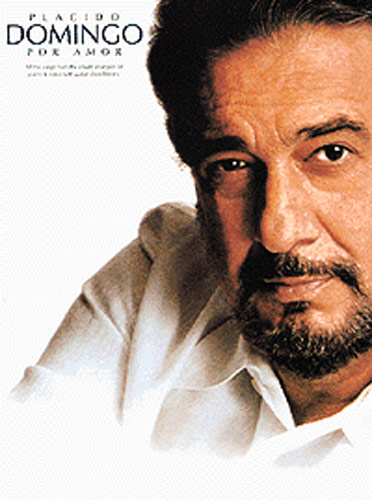 So what’s it going to be – a late reprise of his tenor glories at the age of 70? More likely a baritone rumble and a bit of conducting.

We’ll let you know as soon as we hear more. Meanwhile, here’s the press release:

Sony Classical is proud to announce the signing of an exclusive recording contract with Plácido Domingo. This new agreement brings the legendary singer back to the company where his unparalleled recording career started in the late 1960s. Sony Classical’s catalog boasts many of his milestone recordings, and the renewed collaboration between Mr. Domingo and the label promises to explore new repertoire areas and showcase fascinating new aspects of this great artist.

His work in the recording studio has earned Plácido Domingo 12 Grammy Awards, including 3 Latin Grammys. His discography consists of more than 100 recordings of complete operas, compilations of arias and duets as well as crossover projects. He has also made more than 50 music videos.

This world-renowned, multifaceted artist is not just recognized as one of the finest and most influential singing actors in the history of opera, he is also a conductor and a major force as an opera administrator (he is general director of LA Opera and has led Washington National Opera for 15 years). As a singer, the extraordinary breadth of his repertoire ranges from opera and zarzuela to Broadway musicals and contemporary ballads. In opera, it encompasses 137 roles, a number unmatched by any other tenor in history, with more than 3500 career performances.

Plácido Domingo’s fame extends far beyond the confines of the operatic world. His celebrated “Three Tenors” concerts with Luciano Pavarotti and José Carreras at three consecutive soccer World Cup Finals have been seen by billions across the globe and his “Christmas in Vienna” TV specials have been international best-sellers on CD and DVD. He performed at the closing ceremonies of both the 2006 World Cup in Berlin and the 2008 Olympics in Beijing. In addition to three feature opera films — Carmen, La Traviata and Otello — he voiced the role of Monte in Disney’s Beverly Hills Chihuahua, played himself on The Simpsons, and his telecast of Tosca from the authentic settings in Rome was seen by audiences in 117 countries.

Mr. Domingo is feted for his charity work, giving numerous benefit concerts and performances every year for a variety of worthy causes.

In 1993, he also founded the international voice competition Operalia, recognized throughout the business as the world’s most important platform for the discovery of new singers.

Plácido Domingo said: “I am thrilled to be establishing an exclusive recording relationship with Sony Music. Sony and its predecessors (Columbia, CBS, RCA/BMG) have played such an important part in much of my career, yet I have not had an exclusive contract with any company in nearly forty years. Finding a permanent home for my future recordings appeals to me very much, and this steady relationship will enable Sony Classical and myself to create a variety of new, innovative, and fascinating musical projects, many of them in repertoire that I have never recorded before. In this way, we are moving forward with hope and trust in the future of the music industry.”

Doug Morris, CEO of Sony Music Entertainment, stated: “Plácido Domingo is a true music icon and we are delighted to welcome him to the Sony Music family. The addition of one of the world’s most beloved and successful vocalists to the Sony Classical roster underscores our continuing commitment to building our classical music business, and further strengthens our line-up of world-class artists.”

Bogdan Roscic, President of Sony Classical, said: “Plácido Domingo surely is one of the defining artists of the recorded music era, in opera and beyond. He has created what is possibly the most comprehensive and diverse discography of any singer since the beginning of that era. It will be a privilege to work with him as we start adding new recordings to this astonishing body of work.”

« Exclusive: Alberto Vilar's appeal is being heard. He deserves to go free.