The mass murderer who loved Mahler

In a recent review of Jens Malte Fischer’s disappointing German best-seller of a Mahler biography, I deplored Fischer’s unquestioning dependence on a man who is widely held to be the post-War champion of Mahler scholarship in western Germany.

His name is Hans Henrich Eggebrecht and many of the leading musicologists at German universties are his worshipful apostles. I was never much convinced by Eggebrecht’s Mahler convoluted analyses, which misread the composer’s complex multicuturalism as an arid theory of ‘vocabularies’ … something very remote from the clashing civilisations of Mahler’s world.

Last year, Eggebrecht was exposed as a Nazi. Not just any old Nazi but a rampant enthusiast who took part in a massacre of Jews at Simferopol in the Crimea. 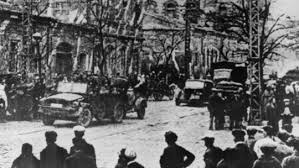 (roundup and memorial monument at Simferopol)

The professor’s faithful followers have been trying to cover this up, but there’s a biography out soon 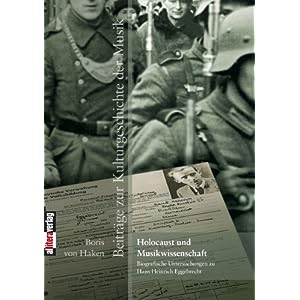 and we should know before long how this racist murderer changed his views after 1945 to become a Mahler proselyte.

Here’s what I wrote about him in the New Statesman:

Far more influential was the Freiburg professor Hans Heinrich Eggebrecht (1919-99), who introduced two generations of German readers to Mahler and 20th-century music. There is a small problem with Eggebrecht. Until 1945 he was, all now agree, a dedicated follower of the Führer. Recent research suggests he was much more than that. According to his biographer Boris von Haken, in an article published last year in Die Zeit, Eggebrecht was a member of the Feldengendarmerie division 683, which in December 1941 committed a mass execution of Jews at Simferopol, in the Crimea, murdering more than 14,000 men, women and children over three days. Some of Eggebrecht’s devoted pupils, now also leaders in German musicology, have sought to absent him from the unit on the days in question. However, Haken has produced proof that he was present on at least one day of the massacre.

After the Second World War, Eggebrecht falsified his service record and became an academic. He may have taken up Mahler and modernism as cover, or atonement, for his horrendous crimes. Whatever the reason, he treated Mahler’s Jewishness as a pathologist treats a corpse. It appears as one of many Mahlerian “vocabularies” – a term he invented to embrace the composer’s troubling eclecticism. Eggebrecht’s work was never translated into English but it gets honourable mentions at academic conferences and in dissertations.

Looking for Company at the Tony awards? »