Who wins, who loses, from Berlin's slap in Salzburg's face

In the truculent post-War history of the Salzburg festivals, no more resounding slap in the face has been seen than the one delivered by the Berlin Philharmonic Orchestra this weekend.

After 45 years’ uninterrupted service, the Berlin players gave the festival 12 months’ notice which, in the slow-moving world of festival management, is rather like telling your wife you want a divorce – and have married someone else already. In Berlin’s case, they had done a deal with Baden-Baden before issuing Salzburg with its decree nisi. Their conductor, Simon Rattle, had no say – it is said – in the decision.

Fifteen months ago, the Berliners and Rattle were imploring the former record executive Peter Alward to step into the breach and save the festival – and their jobs – after the last management team were investigated for fraud. Alward obliged and set about rebuilding the enterprise from foundations up. Now, says one of his allies, ‘they have pulled the rug from beneath Peter’s feet, left him high and dry’.

I’m not so sure. Salzburg has toughed it out, year by year, with the Vienna Philharmonic. It won;t be daunted by aggression from Berlin, or by the calibre of the opposition.

Baden-Baden is a privately financed festival with an audience of wealthy Germans and Russians. Its financing is by no means transparent and its creative achievement so far has been modest. Signing Rattle with Berlin is a coup – but only if a sizaable proportion of the Salzburg audience will follow them to Baden-Baden, which, for various reasons, is unlikely.

Alward has the best conductor friendships in the business – from Claudio Abbado to Franz Welser-Möst. He will not be long finding a Rattle replacement, or an equivalent orchestra. Without the encumbrance of inflated egos, he will make a better festival. He has the support of Eliette von Karajan, the Mayor of Salzburg and the festival’s sponsors. He is a man of imagination, loyalty and integrity, qualities notably absent in Berlin.There will be more sympathy for him in the months ahead than for the defecting Berliners.

Then is there is the delicate issue of contracts. The Berlin Philharmonic have coproduction agreements with the Salzburg Easter for the next three seasons, with Gerard Mortier in Madrid as a third partner in the deal. Since those contracts have been broken, consequences will follow. Salzburg and Madrid will sue. The Berlin Philharmonic could lose as much money as it gains.

So why did the players voted to follow the golden calf to Baden Baden? Cupidity and stupidity are not the only reasons. It has been some time since Berlin players flexed a muscle and a new bunch have come through, keen to exert their power. I hear that principal cellist and orchestra spokesman Olaf Maninger was one of the leaders, and he has certainly out a good spin on it in the German press. But for how long? 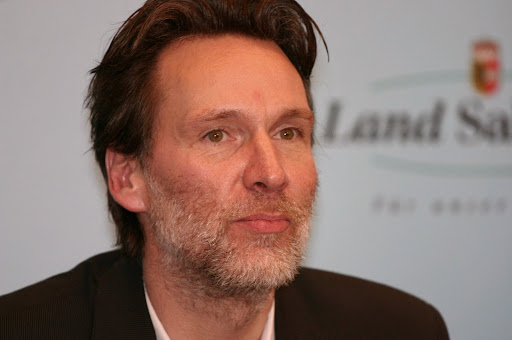 There will be new blood announced long before next Easter and when the Berliners turn up for a valedictory Carmen they will be greeted with muted hostility mingled with relief. They have done their bit for 45 years. Thank you and goodnight.

Breaking: opera links up with science geeks… and more »