For those who live on another landmass, Professor Brian Cox is presently magnetising British attention with his expositions of science on television and his columns in the tabloid Sun.

Cox, once a boyband member but now an advocate for ruthless empiricism, gave a revealing interview to the Guardian today in which he quoted Carl Sagan’s famous aphorism that science ‘has not got an agenda… it is a process that is utterly dispassionate’.
In a previous breath Cox had told the interviewer that ‘I just want to beat them (my critics) into the ground.’
He admits there may a paradox here. So that’s all right, then.
Cox is also absolutely sure, beyond doubt, that there is no God.
What he cannot grasp are the limits of his exaggerations. Education is entitled to exaggerate for effect. We expect teachers to take a theory to extremes in order to amplify core truths.
Television, on the other hand, exaggerates for survival. It pushes image and idea to extremes in order to stop viewers drifting off to more enlivening experiences. Cox is a prisoner of this process. Millions can see that. Only he can’t.
Read the Stuart Jeffries interview. It made my day. 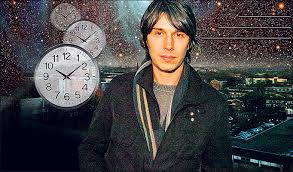 Wanted: someone to play violin on the Titanic »