The Maestro and Madonna – it must be the date from hell

I had to read this twice to make sure the hangover hadn’t turned into a Bruckner nightmare, but even in the cold light of day it appears that the conductor Christian Thielemann has told the Berliner Morgenpost that he’d like to spend some time with Madonna. 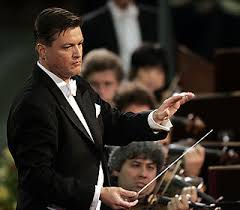 ‘I find this woman fascinating,’ said Thiely. ‘Not just musically…. I’d like to get to know Madonna a whole lot better.’ Click the link above for the full sticky and sweet interview in German. 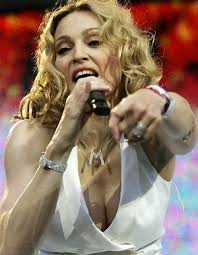 Now I know that opposites attract, but this is just silly. Madonna is a rabbi-quoting kabbalah freak who drops her clothes for artistic purposes and lines up for all the right – that is, left – causes. The German conductor is a noted conservative in social outlook and deficient – until now – in any notable appreciation of foreign, popular and feminine culture.
What on earth might they say to one another? And what do they do for a second date? Can you see Madge summering in Bayreuth or Thiely smoking spliffs backstage at her next Tel Aviv gig?
This is not so much a date as celebrity mania gone berserk. It could be the basis for a reality television version of Jean-Paul Sartre’s Huits Clos, a date that runs and runs until one of the dates shrieks ‘I’m a Maestro, Get Me Out of Here’ and the band strikes up the opening of Götterdämmerung. In your dreams…