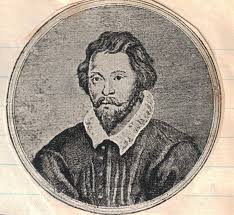 …His Eminence Cardinal Vincent Nichols, Archbishop of Westminster, said: “William Byrd’s settings for the Mass were first heard in secret, in private chapels and back rooms, attended by Catholics who risked their livelihoods and by priests who risked their lives. Yet despite the private nature of these first performances, his music is full of life and emotion and communicates the vitality of a living faith, standing strong against the difficulties of the time. Every note, every phrase, is a prayer. Our prayer today stands in continuity with his.”

Fr Sławomir Witoń, Administrator of Westminster Cathedral, said: “For centuries William Byrd’s compositions of music for the Mass Ordinary and the Mass Proper could only be performed in secret Masses in private homes across the country. It is, therefore, hugely significant that Westminster Cathedral Choir is able to mark the 400th Anniversary of his death with performances during services in the Mother Church of Roman Catholics in England and Wales.”

Artistic director calls in sick for the rest of 2022 »