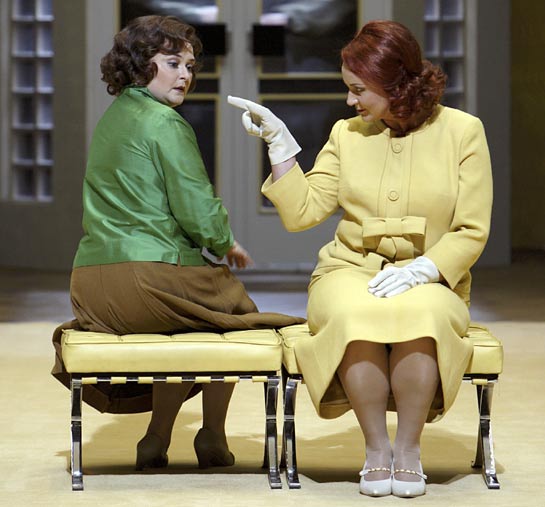 The Bayreuth audience and the festival management have been suddenly brought into the political spotlight.

After the worst summer of audience hostility and singer dismay, the federal German culture minister Claudia Roth has made a statement that cracks the complacency of the Wagner family and points to a different direction.

Frau Roth called for major reforms and made it clear she was targeting Katharina Wagner. The festival, she said, is ‘not a reflection of our diverse, colourful society.’ It needed to a attract younger, broader public. ‘The directors of the festival will have to do more to attract their audience in the coming years.’

And she was critical of misguided new productions, without specifically mentioning the Ring. Bayreuth needed, she said, to ‘design the general conditions of the festival in such a way that artistic excellence can be achieved.’

Under Angela Merkel, Katharina Wagner had protection in Berlin. No more.