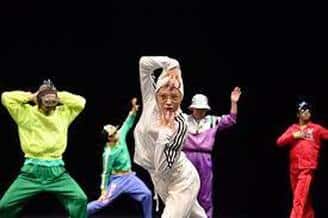 Crossover, the desire of one genre to experiment with, or collaborate with, another, sometimes reaches the heights, sometimes reveals itself to be someone’s fantasy which, when manifested, turns out to be someone’s bad dream. Often, as here, the audience is left to judge which is which.

Coldplay is a British rock band which has enjoyed almost unparalleled worldwide success since its formation in 1996. Its innovative front man, Chris Martin, has been open to musical experimentation since the band was formed.

This new video for their song Higher Power is a collaboration with the Ambiguous Dance Company which describes itself as a new evolution of contemporary dance and one of South Korea’s most prominent collectives. Its other explanations for what they do are beyond me but you can read them on their website.
​
As dancers, choreographers and collaborators, the jury is still out. See what you think.

Why we love off-duty pictures of pianists »