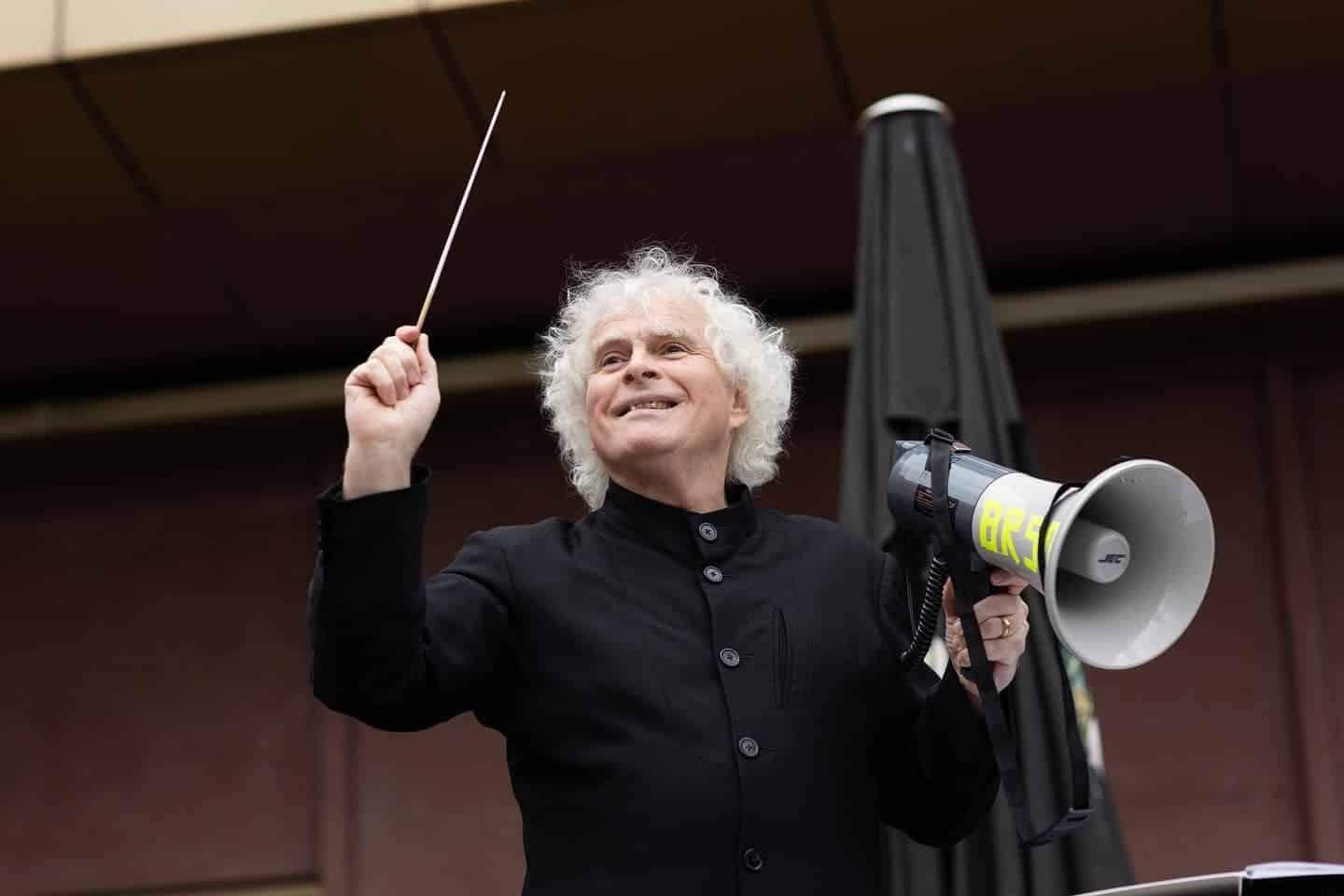 The conductor this morning confirmed contents of his final season in London before taking up his Munich agreement.

The final concerts Sir Simon Rattle conducts as the LSO’s Music Director before coming Conductor Emeritus sees him celebrating with a number of personal favourites. He revisits John Adams’ Harmonielehre for a Half Six Fix concert on 19 April, the LSO ‘s shorter, early evening concerts, with a more relaxed atmosphere. Harmonielehre is programmed along with Debussy’s La Mer, and Ravel’s Daphis and Chloé Suite No 2 on the following evening. For his final two Barbican concerts in June Sir Simon conducts a new commission by Betsy Jolas, and Messiaen’s Turangalîla-Symphonie. Sir Simon also leads the Orchestra on a tour to Australia with concerts in Brisbane, Melbourne and Sydney in late April and early May 2023.