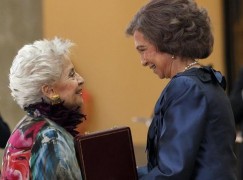 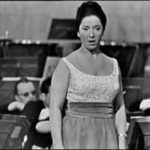 The great Spanish mezzo passed away in the last few hours. She was 89.

Berganza was a dominant stage presence in the second half of the 20th century.

Born in Madrid she studied with Lola Rodriguez de Aragon, a pupil of Elisabeth Schumann, and made her debut as Dorabella in Così fan tutte in 1957 at the Aix-en-Provence Festival. Within months, she was at La Scala debut and Glyndebourne, followed by most majopr houses, though it took the Met ten years to invite her.

Rosina in Il barbiere di Siviglia was one of her signature roles, along with Carmen.

She married the pianist and composer Felix Lavilla.

Missing Mariss, all is not lost »