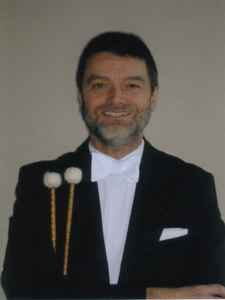 The death has been announced of the extraordinary timpanist and percussionist Charles Fullbrook.

His discography was equally widespread. Immensely organised and ever inventive, to address airline weight limits Charles designed his own touring fibreglass timpani, which joined his huge collection of percussion instruments. He also taught at London’s Guildhall School of Music and Drama and Trinity Laban, and examined at the Royal College of Music and Glasgow’s Royal Scottish Academy of Music and Drama.

Critics give award to venue that they never review »