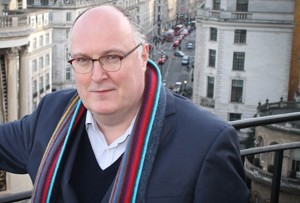 Exclusive: Blow to classical music as BBC boss is downgraded

The BBC, in a restructuring move that puts suits ahead of content, has announced yet another shakeup of the radio and music team.

The new lineup pushes Alan Davey, head of Radio 3 and BBC Proms, one rung further down the pecking order. He has to answer to a new boss, who is presently Commissioner of Pop, and will have even less access to the upper echelons.

Read this announcement any way you like: it’s a demotion for Davey and a corporate slap for classical music.

The aim of this latest reshuffle is, apparently, to retain listeners on the BBC’s conventional radio stations while also growing use of the BBC Sounds app. Controller Of BBC Sounds Jonathan Wall also gets a slight change of job title – becoming Director Of BBC Sounds – and will work alongside Clarke and Bakaya to grow audiences across BBC audio.

“Our distinctive radio stations are loved by millions and we are reaching new listeners too as we grow BBC Sounds and innovate digitally”, says Moore. “Now we want to do even more for our audiences so that when they come to us, they’ll not only find their favourite shows but also discover new audio from us, however and whenever they choose to listen”.

Achieving that, she reckons, requires the various BBC audio teams working more closely together and “putting audiences truly at the forefront of our plans, exploring every untapped opportunity that exists to create brilliant content for them, both live and on demand”.

« Death of a disappointed piano star

Principal violas are getting younger. This one’s 22 »