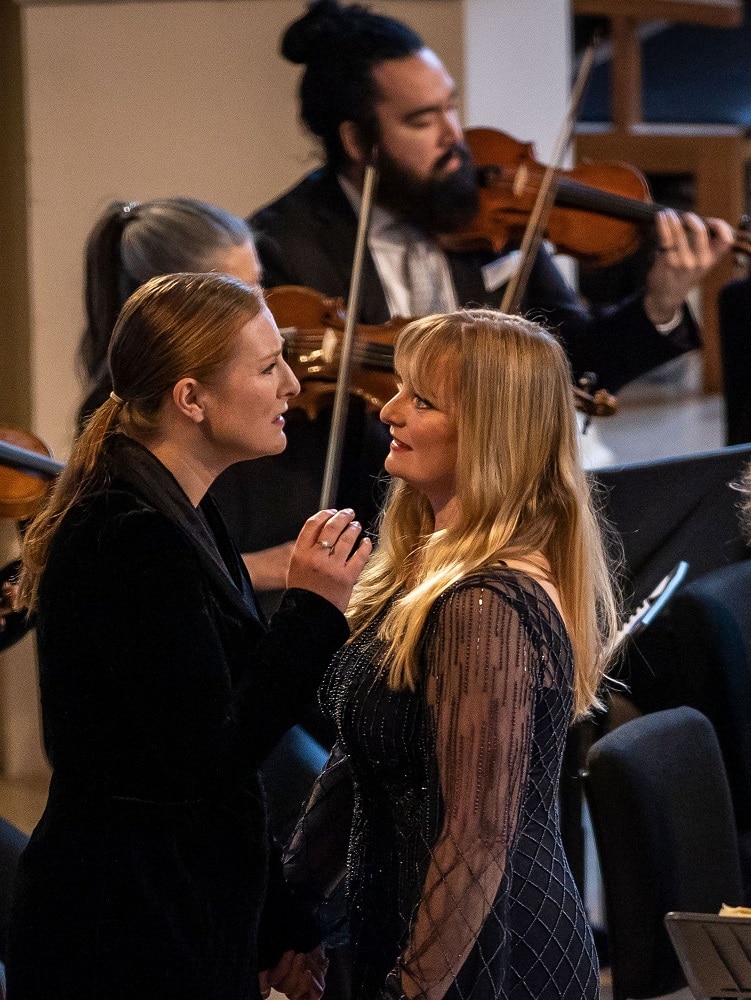 Even when you’ve seen many of Handel’s Italian operas, they remain a gloriously peculiar genre of music drama. The leading five or more characters express themselves in aria upon aria. Each aria is a prolonged statement of one or two emotions, in which the same few words are repeated dozens of times, while the music keeps casting different lights on those words and on the mind that expresses them. At first, these arias seem the opposite of drama – they’re all expressions of emotional stasis – because they seem to stop anything happening.

Yet the music’s way of finding innumerable facets of a single emotion, the repetition of those same few words, all accumulate into a detailed study of psychological obsession worthy of a Freud casebook. And the suspenseful beauty of Handel’s music is a crucial ingredient, often adding layers of sensuousness that complicate the emotion rather than release it: when these characters are unhappy (most of the time), they linger lovingly and gorgeously over their unhappiness. The drama arising from several such characters, each moving from one intensely worked-over emotion to another in successive arias, becomes a multi-layered pressure-cooker of the mind.

So it is with Handel’s Serse (Italian for Xerxes). This returned on Thursday to London, city of its 1738 world premiere, with conductor Harry Bicket, the English Concert, and a cast with no weak link. The performance was at St Martin in the Fields; the same cast takes the opera to Carnegie Hall on Sunday 8. A handsome range of modern evening dress was worn: Serse’s black leather boots, Amastre’s black tail coat, and the low cut of Atalanta’s gown could each merit a paragraph of admiration.

Harry Bicket conducts Handel from within and from the harpsichord. At St Martin in the Fields, it was fascinating to watch him at close quarters. His small orchestra is arranged about him in a semi-circle: twenty-one other players, including the players of a second harpsichord and two theorbos. Ensemble is effortless; tempi seem inevitable, unforced; details – those theorbos! – all enrich the picture.

Each Handel opera has its own particular drama: some of them concern drama, war, mourning, magic. Serse, which Bicket has fairly described as a romantic comedy, is about upper-crust characters at the Persian court of King Xerxes – this person might become queen, that one might be sent into exile – but the recurrent emotions are to do with love’s suffering. Whoever wrote the libretto (we don’t know) amused themselves by the number of As they used in nomenclature: Serse and Romilda deal with Arsamene, Atalanta, Amastre, and Ariodate. The spectrum is deliberately narrow and tight, chiefly concerning five people, yet it lasts well over three hours; and comedy is not uppermost. As Handel scrutinises each shade of feeling, Serse becomes a gorgeous example of Enlightenment art, a study of major sensibility.

The title role was taken by the brilliant, heroic young Canadian singer Emily D’Angelo, who made a blazing Covent Garden debut last year as Sesto in Mozart’s La Clemenza di Tito. It’s marvellous to hear how seamlessly, securely, and affectingly her voice moves between chest tones and gleaming top, how naturally she moves between pride, jealousy, pain, anger, and adoration, how commandingly she sustains both long-breathed slow passages and coloratura cascades.

Lucy Crowe, a longterm collaborator of Bicket’s and well known in Handel, beautifully exemplified why Romilda is at the centrepoint of this drama. (Serse has forgotten his fiancée Amastre for her sake; she and his brother Arsamene are in love; Serse throws off any fraternal loyalty.) Crowe illumines her music with glowing purity of many kinds. Magically, she sustains shining threads of tone without vibrato; the cleanness with which she enters upper notes, plucking them from the air, is often heart-catching. Hers is singing of a very deep charm.

The most glamorous voice and finest Italian diction belonged to Daniela Mack as the neglected Amastre, whose every contribution to the story became a matter of poignancy and excitement. Though Paula Murrihy’s Arsamene is the only member of the cast whose vibrato is occasionally intrusive, her singing was always vivid, elegant, touching. Mary Bevan’s Atalanta is a scheming, flirtatious, but impassioned and lovely soubrette. William Dazeley’s only mistake in the comic supporting role of Elviro is that he applies charm from outside, as is letting us know that he is more adorable than the drunken rascal he is playing. As Ariodate (father of both Romilda and Atalanta), Neil Davies makes a two-dimensional character lively and believable at every turn.

Serse became a well-known part of London theatrical fare in the 1980s and 1990s when Nicholas Hytner’s English National Opera production ingeniously caught the artifice of Handel’s baroque forms in terms of postmodern irony, with a memorable cast conducted by Charles Mackerras. Much, however, about Thursday’s music-making surpassed that unforgotten peak. Vivat vivat Handel.