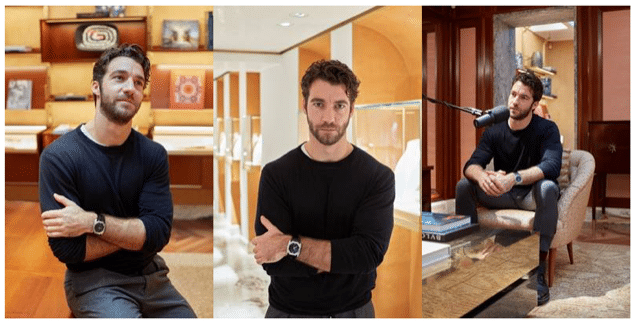 The incoming conductor of the Netherlands Philharmonic, Lorenzo Viotti, is the new brand ambassador for Bulgari.

Bulgari is pleased to announce that Lorenzo Viotti is joining the brand’s outstanding family as new global watches ambassador.
The music director will support Bulgari in spreading its core values among an international audience.
Lorenzo Viotti states, “I am very grateful to start this new chapter with the Bulgari family. Their artistic vision of the future, and respect for traditions are two elements of time that I respect a lot and try every day to practice in my art”.
Viotti, 31, has no excuse for ever being late to rehearsal.

« How Seattle fell to pieces over 104 heated emails

The thin, grim line between music and necrophilia »