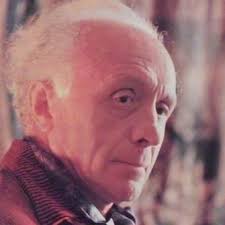 In my book Why Mahler I dealt too brusquely with one recording from 1972, chiefly because the BBC’s Northern Symphony Orchestra fell some way short of brilliant and the acoustic was uninviting. I listened to the record again last night on learning of the death of its tenor John Mitchinson and must make amends for the relatively short shrift I first gave it.

In almost every respect – apart from orchestral force and sound refinement – this is one of the outstanding Das Lieds of all time.

The orchestra, I recall, had never played Das Lied before and the conductor, Jasca Horenstein, was given extra rehearsal. A Viennese refugee who made the first Mahler vocal record back in 1927, Jascha Horenstein was so smitten with Das Lied that, asked soon after on his deathbed what he would miss, he said: never being able to conduct this work again.

Where Mahler punishes the tenor with high notes at full blast, Horenstein tamped back the orchestra just enough to enable Mitchinson to shine. The Lancashire contralto Alfreda Hodgson, barely 30 at the time and destined to die at 51, was steered into a restrained, unshowy, pinpoint performance. The whole interpretation is otherworldly.

Others may swear by Bruno Walter and (especially) Otto Klemperer with star soloists in this piece, but Horenstein adds a dimension of personal sensitivity and educational uplift. His soloists transcend the difficulties as if they never existed.

To my mind, this is one of the great Mahler recordings of all time.

« Debates in the arts are being politically manipulated