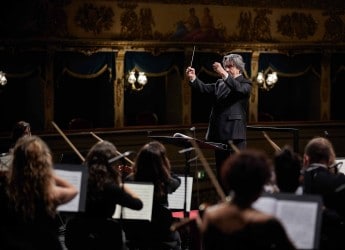 Just in: Riccardo Muti has pneumonia

Riccardo Muti, 80, has handed over the rest of his Nabucco run in Rimini and Ravenna to students of his Academy. His condition is not Covid-19.

Here’s the press statement from Ravenna:

For health reasons, the Maestro will not conduct the Cherubini Orchestra in the concerts at Teatro Galli in Rimini and at Teatro Alighieri in Ravenna

Maestro Riccardo Muti, following a diagnosis of pneumonia that ruled out a Covid-19 infection, has had to renounce his scheduled concerts at the Sagra Musicale Malatestiana and at the Ravenna Festival, but has turned them into an opportunity for those he guided to discover Verdi’s score. The young conductors he has recently tutored through the seventh edition of the Riccardo Muti Italian Opera Academy, held at the Fondazione Prada in Milan, will replace him on the podium of his Orchestra Giovanile Luigi Cherubini for a selection of pieces from Nabucco in the concerts at the Teatro Galli in Rimini on Saturday, December 18, and at the Teatro Alighieri in Ravenna on Monday, December 20. And if the first Ravenna Festival’s project in 2021 – the streaming tour of Cherubini and Muti – could count on the support of BPER Banca, the latter will participate in the debut of the young conductors chosen by the Maestro, confirming its support of the Festival.

Giuseppe Famularo is 30 years old and was born in Sicily where he graduated in piano, then he trained as a conductor in Milan; 25-year-old Henry Kennedy recently graduated from the Royal Academy of Music in London; CJ Wu, 35,  from Taiwan, dedicated herself to the violin before studying conducting in Manchester; 23-year-old Moldavian Cristian Spătaru, also a composer, studied in Vienna.

« In dark times, we need a little Hoffnung