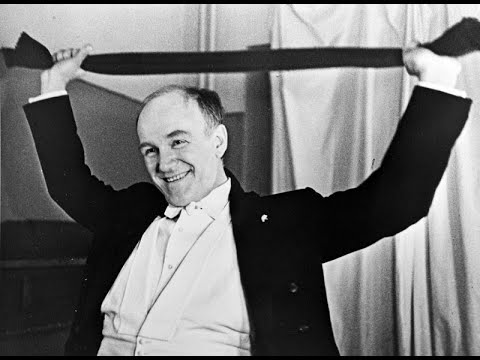 The Bulgarian statistician Ivailo Partchev has sent us his detailed analysis of the votes cast in the 1958 Tchaikovsky Competition that was won by the American Van Cliburn.

A facsimile of the votes in the second round of the First Tchaikovsky Competition (1958) has surfaced, stirring up memories and rumours.

Someone has highlighted the row with the marks given by Sviatoslav Richter in yellow, the column with the marks given to Lev Vlassenko, winner of the second round, in green, and the average marks of the three other laureates, Van Cliburn, Liu Shikun, and Shtarkman in blue. There are three empty cells as Lev Oborin did not vote for his two students, Eduard Miansarov and Natalia Yuzbasheva, and similarly Neuhaus did not vote for Julian Guttman.

The table is not a novelty, really, being reproduced in Isacoff (2017). Still, to see it in original form has a lot to stimulate the imagination: music, politics, intrigue, effort, victory, defeat, differences in national and personal taste. While most publicity goes to the victor, I am interested in the others. Isacoff (2017) says a bit about the prospective careers of some of them, but it is very brief and quite incomplete. We all know about Roger Boutry or Norman Shetler. In Bulgaria, Anton Dikov became a leading national pianist, outshining Milena Mollova – at 18, she had been the youngest participant, she must have played wonderfully and warmed the heart of Pancho Vladigerov by playing one of his compositions. The biographies of Naum Shtarkman and Liu Shikun read like (horror) novels. But what about those remaining behind the Iron Curtain? What do we know about Lev Vlassenko, Eduard Miansarov, Alexei Skavronski or Inna Malinina? And who was the Alexander Ikharev to whom Neuhaus took care to award a mere 1, something that even Richter would not do?

Another attraction of this little paper is a rough attempt at a statistical analysis to reveal details in the data not visible to the naked eye. I have typed in the data to my best ability; in case of doubt, I have resorted to the numbers in Isacoff (2017). The three missing cells have been filled in with an established statistical method to avoid data loss. If we imagine the table as an image with the numbers 0 to 25 describing the relative luminance of each cell, what I do to the data is similar to the techniques used to denoise a blurry image. Because, unlike in a real-life image, the sequence of the rows and the columns is arbitrary, they are both reordered to facilitate interpretation.

We end up with two graphs. The first one includes the first four `components’ and removes the remaining 13, treating the latter as noise.

The graph cleanly separates the finalists from the rest. Cutting the jurors into 6 groups is an arbitrary decision but whatever number we choose, the result is always thought provoking. Richter and Neuhaus stand out from all the others, strikingly similar and yet different. They both contributed the most to the success of the triumvirate. Richter’s contribution to Van Cliburn’s victory and his slighting of Matsuura are largely due to his very own voting system (25-24-23, 15, 3).

Other ‘dissenters’ are Vladigerov, of whom I will speak later, Sir Arthur Bliss, who gave somewhat similar marks to all participants, and the Portuguese-speaking Sequeira Costa and Camargo Guarnieri. Among the group of the big consensus, it is probably worth noticing the similarity between Gilels and Kabalevsky.

This plot contains the first component, which is related to the overall strength of the candidates and the consensus thereon. The next step is to remove the first component in order to concentrate on the more intimate differences in personal and, perhaps, national taste.

Again, Richter’s and Neuhaus’ judgment are far apart from the others’ but generally similar. Even accounting for the overall level, Richter’s preference for Van Cliburn and slighting for Maatsura are even more visible. A stranger to Moscow Conservatory internal politics, Vladigerov gave relatively higher marks to Oborin’s students, and a shoulder to the two Bulgarian contestants. The specific preferences of Costa and Guarnieri are more clearly outlined (they appreciated Japanese Maatsura and all Soviet pianists disliked by Richter and Neuhaus), and the group of the big consensus is split into big and bigger consensus.