Vladimir Jurowsky: I haven’t had to conduct for President Putin’s birthday

Bavarian Opera’s new general music director has been explaining in a forthright Munich interview his continuing role in his native country: ‘Let’s put it this way: I haven’t had to conduct on Vladimir Putin’s birthday and I never will.’

So what does he make of Valery Gergiev, who jumps to Putin’s bidding?

‘We must not forget that Valery Gergiev and Vladimir Putin have a personal friendship that dates back decades. I don’t even want to judge that now, but a human friendship is a human friendship. I have nothing in common with the regime. I know a couple of representatives. I never met Mr Putin personally. But I’ve already met three ministers of culture, for example. The first called me to Moscow in 2011. And I already knew the current minister, Olga Lyubimova, when she was still in diapers because our families were friends. Her father is a very famous professor of theatre history and he was friends with my parents. Olga was born in 1981. So I really knew her as a baby. And no one suspected that at some point she will become Minister of Culture. She also helped me to implement my plan that I would leave the orchestra, but Vasily Petrenko would come instead of me and that the orchestra would not “fall into the wrong hands”, so to speak. I am very grateful for that. But my connection to the Russian state goes no further than that…’ 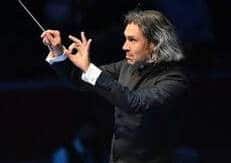 « Gidon Kremer goes back to jail in Canada