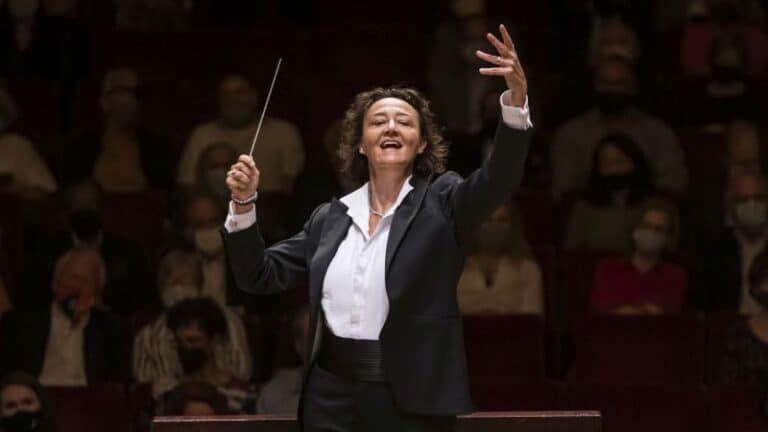 Review: What Nathalie Stutzmann brings to the party

From a review of this week’s Atlanta concerts by Mark Gresham:

…. What we got is a very different sensibility from what this orchestra (or American orchestras in general) is accustomed. But the ASO is an accomplished, flexible, and open-minded ensemble that is willing to experiment and learn new things. And what Sturzmann brings to the table seems musically insightful, fresh, and promising.

What will be most interesting is when Stutzmann returns in March 2022 to conduct Mozart’s Requiem. In a quote in the ASO’s press release of Wednesday morning, she described doing the Requiem as one of several “ambitious” projects. Really? Not technically ambitious for this chorus, which has performed Mozart’s Requiem quite skillfully over the decades. What may be ambitious is the discovery of how much Stutzmann’s sensibilities, as demonstrated in the Tchaikovsky Fifth, clash or jive with the legacy of Robert Shaw’s rhythmically driven choral techniques. That legacy remains today at the core of the ASO Chorus’ sound and artistic history. But the ASO Chorus itself has not been together for many months due to the pandemic. We will have to wait and see if this forthcoming Mozart Requiem marks a sharp turning point in that ensemble’s path forward.​ 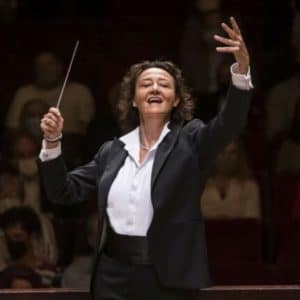