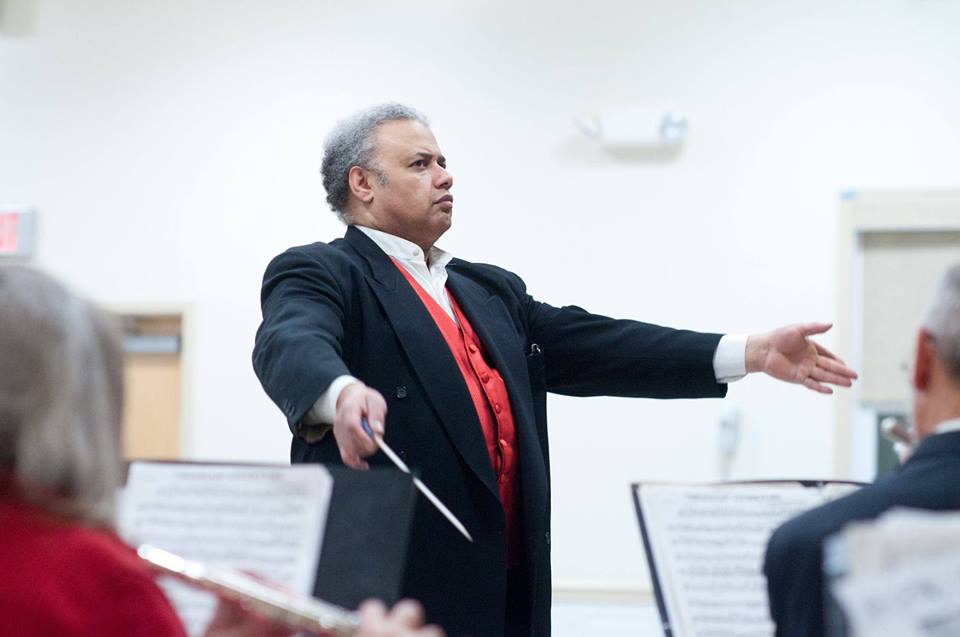 A composer speaks up in defence of embattled Bright Sheng

The composer and conductor Kevin Scott is angry at the University of Michigan’s handling of a students’ protest against Bright Sheng’s use in a lecture of Laurence Olivier’s film of Shakespere’s Othello.

Professor Sheng, who has apologised to the university, is waiting to hear if the outcome. Many academics have privately signalled their solidarity but do not dare to speak up in the present climate. 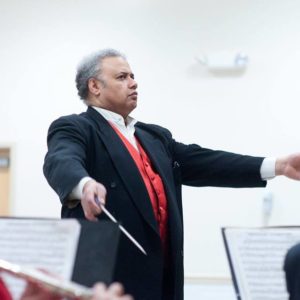 First, Bright Sheng is one of today’s finest living composers. His record, in my opinion, is quite good. I remember meeting Bright back around 1987 or 1988 at a Brooklyn Philharmonic Family Concert where he performed one of his compositions for solo piano. He was very friendly and gregarious when we talked, and I had hoped to hear more of his music in the coming years (which I did).

Cut to 2014 when he was one of the composer mentors at the Detroit Symphony’s EarShot! reading session sponsored by the American Composers Orchestra, Bright offered great advice to the composers that participated, yours truly included as he had wonderful things to say about my symphonic essay A point served…(In Remembrance Arthur Ashe), and even suggested that I expand the middle section of the work as he felt the work needed more expressiveness and more heart, something that I took to heart when I expanded and revised the work upon my return to New York.

Since then I have listened to more of his work, and occasionally viewed his FB postings. But when a friend of mine forwarded this article via Norman Lebrecht’s Slipped Disc column and I read it, I was downright livid.

First, I never hear tell of Sammy Sussman either as a composer or journalist or performer. I will review his work after I finish writing this post as well as read some of his writings. That said, this young man and his classmates cringed at seeing this classic film which is heralded as one of the finest screen adaptations of Shakespeare’s immortal classic, though I also hold Orson Welles’ version from 1950 in high esteem on all levels as it is one of the most surreal versions ever filmed.

Now to say that this film demeans Blacks in any way is an outright joke unto itself. As mentioned, up until the last three, possibly four, decades, we have seen many actors, both leading and character, play roles outside of their birth race. Yes, many a White, and even Jewish, thespian have played people of color on both stage and screen. I know my ex-fiancé cringed in seeing Sam Jaffe portraying Gunga Din in George Stevens’ 1939 epic adventure film, one that I grew up seeing as a child on television and was also one of my father’s favorite films when he was a kid, yet Jaffe did a very good job even though he was quite old to take on the role at the time (he was in his late 40s), as opposed to Sabu who was originally cast for the role. Yet by today’s standards, both the portrayal of the character and how Rudyard Kipling deals with him in his poem, is construed as racist and demeaning, yet we do have to take into consideration both the time the poem was penned (1890) and when the movie was released (1939) that these attributes were accepted as the norm.

Yet when we do see the likes of Al Jolson in blackface, it may come off as noble either in 1927 (The Jazz Singer) or even 1945 (his cameo in the Gershwin bio-pic Rhapsody in Blue singing “Swanee”), but today many folks will cringe at this, just as they would in seeing ANY actor or actress doing this back then. Better still, J. Carroll Naish, one of Hollywood’s finest character actors, could play anyone: A Russian in “Beau Geste”, an Italian in Don Siegel’s “Star In The Night” and also in the 1943 WW2 pic “Sahara”, a Native American chieftain (Chief Sitting Bull, no less!) in “Annie Get Your Gun” (talk about a film that can be called on the carpet for everything wrong about portrayals on all levels!!!), and as a Japanese spy in the 1943 serial version of “Batman”. And even though several Japanese folks mentioned that they liked his portrayal of Mr. Yunioshi* in “Breakfast at Tiffany’s”, Mickey Rooney was called on the carpet then (1960) and even today for what was considered a demeaning stereotype. All of these portrayals, no matter how well they are acted, would be called demeaning to all ethnicities and nationalities today instead of seeing why they were done in the time frame mentioned.

On the other hand, what of Black and Latino actors who have played ethnicities outside of their spectrum such as Jose Ferrer, Frank Silvera, Raul Julia, Jennifer Beals, Ricardo Montalban, Dolores Del Rio Lena Horne and especially Woody Strode? I don’t think White or Asian folks criticized any of these actors. I could name other films where White actors played Asians and should never have, such as Luise Rainer and Paul Muni (another character actor who played just about everyone!) in “The Good Earth” and Katherine Hepburn and Walter Huston in “Dragon Seed”, and especially two films about Genghis Khan, namely Dick Powell’s now-cult classic laughfest “The Conqueror” with John Wayne (which turned out to be a tragedy in more ways than one) and the 1965 film “Genghis Khan” with Omar Sharif (an Egyptian!) playing the title role alongside Stephen Boyd, Francoise Dorleac, Telly Savalas, James Mason, Eli Wallach and many others playing Mongolians or Chinese (and, yes, even Woody Strode played a Mongolian!!!).

Who is to blame for all of this? Your nice Hollywood moguls of yesteryear, such as Harry Cohn, Louis B. Mayer, Jack L. Warner, Samuel Goldwyn and many others who ruled the major studios with an iron fist. All were first-generation Americans of European Jewish heritage (Russia, Poland) who wanted to create a very WASPy, white picket fence and very clean living America. Jews portrayed at a minimum. Blacks made to act in subservient roles except in certain cases where they could be gangsters or African chieftains or tribesmen saying “Umgawa” and “Bwana”.

Yet the case of Othello is, for lack of a better term, an exception. For one thing, Othello has been classified NOT as a Black man, but a Moor. Moors are indeed dark-skinned, but for some reason or another have been made to look African in various portrayals. Yes, it would have been nice to lure Paul Robeson back to the silver screen to do Othello as he did it on Broadway back in the 1940s (and with Ferrer as his Iago), but the likes of Cohn, Goldwyn or Mayer would have none of this. Olivier acted this role not because he wanted to demean Black people, but because first and foremost this is what and how Shakespeare portrayed the character, and to step into character is what we call acting. Moreover, Oliver always played outside his comfort zone – A French-Canadian in Powell & Pressburger’s “49th Parallel”, the German vampire hunter Van Helsing in “Dracula”, General Douglas MacArthur in “Inchon” (also considered one of the world’s worst films) and even a Midwestern tycoon in “Harold Robbins’ The Betsy” (definitely worth watching if you want a good laugh!).

So if Mr. Sussman and his classmates had a rough time with Olivier portraying Othello, how would they respond to his playing the Mahdi Muhammed Ahmed in the 1966 film “Khartoum”, which I saw as a nine-year old and was blown away not only by the movie but by Olivier’s noble portrayal? Probably a lot worse, I’d imagine, but this is what acting is about – to step out of character and portray someone else outside of your own sphere, be they of the same race, creed, ethnicity and sexual orientation or contrary to them. Besides, how many straight actors play gay? Many gay actors have certainly played straight for eons (and many still do, on and off screen), but do you see a straight actor being called on the carpet by the LGBTQIA+ community??? It all depends on how accurate the portrayal is.

Dr. Sheng did not owe anyone an apology. He did this to make a point about the Bard of Theatre and the Bard of Opera. This “cancel culture” and shaming people has to cease. Instead of accusations, hold a meeting of the minds and an open discussion, which should have been held right then and there in the classroom…period. If you and your colleagues were still not impressed or moved by his comments, then you take it up with the chair [who, in turn, should have held a forum with Dr. Sheng and the students involved in this matter.

« Bernard Haitink’s last concert is coming up for release