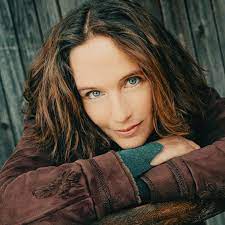 The concert that went ahead on 9/11

I am glad to read the recollections above of the concerts given in the days immediately after 9/11. But for those of us who were at the BBC Proms on 9/11, the experience was unforgettable in a different way. The concert was scheduled to begin at 7:30pm, London time, still only 2:30pm in New York. Only 5 hours after the attack. I thought surely the concert would be cancelled — everything else was being shuttered — but went out of curiosity or perhaps because of a kind of numbness that sparked a desire to be amongst others.

But Christophe Eshenbach and L’Orchestre de Paris had decided to give their program as planned, to not let terrorists cow them into silence. They must have had to reach this decision when it was still only midday in New York and much was still unknown and rumours were rife.

Eshenbach made a few simple remarks that were deeply felt and appropriate, including a suggestion that music was if anything more needed now than ever.

The Funeral March from the “Eroica” Symphony was played; it clearly moved the audience and many of the players as well.

But Helène Grimaud, herself a New Yorker at that time, followed with a performance of the Beethoven 4th piano concerto that I will never forget. As Tim Ashley observed in The Guardian, “Eschenbach’s soloist, Hélène Grimaud, has recorded the work with the New York Philharmonic. Perhaps it was memories of that orchestra that inspired her to give the performance of a lifetime, playing with a combination of intensity and limpidity, attacking the cadenzas with blistering anger and, in the Andante, achieving a serenity at once tenuous and timeless.”

Bravi to them all for taking a stand on the day itself. On 9/11. It is curious that the BBC never, to my knowledge, includes any reference to this remarkable concert in the many hours of commemoration it has otherwise devoted to remembering the events of 9/11. For me it is one of the true landmark days in the storied history of the Proms, even if the BBC itself has forgotten the occasion.

« Emma Raducanu will kill Last Night of the Proms

One Brit, one Israeli in Leeds last 10 »