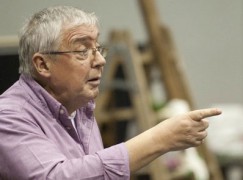 First tributes to the influential opera director who has died of Covid:

Director David MacVicar: I’m so deeply saddened by the news of Graham Vick’s passing. I admired him so much and he was always a kind and generous colleague to me personally. Our industry and creative world is much less without him. But he leaves an incredible legacy of passionate commitment to our art form, especially in the groundbreaking work he created in Birmingham but also across the world, wherever opera is acknowledged to be vital and vitally important.

Conductor Graeme Jenkins: There are very few Opera Directors who knew their craft like Graham.

Director Keith Warner: There was no one like Graham. No one ever was, nor will be. He constantly moved the world and opera closer. On top of his prodigious technical ability as a director and his determination to liberate the art form from any bombast, it was his insight into the human condition within his work that was endlessly earth shattering. I first met him in 1980 and his commitment to making opera a way to explain the world, and his quest to explain opera to the world never wavered from then on. He was the best. I shall miss him and his brilliant work and will never forget him. Images and ideas from his productions are burnt indelibly on my imagination. I feel deep, deep sadness. I send my love and condolences to Ron.

Soprano Asmik Grigorian: Dearest Graham…..
I can not believe…. Rest in Peace my dearest Master!
Can not believe… Ron im so so sorry for your loss…

Contralto Dame Sarah Connolly: Covid 19 has claimed one of the greatest opera – theatre directors of our time. A great galvaniser, innovator and he lived life to the full. It’s hopeless finding any meaning to how someone dies – I feel outraged and I don’t really know why. Graham Vick you rock.

Matthew Shivlock, president San Francisco Opera: I am devastated to hear of Graham Vick’s passing today from Covid. He directed with courage, vision and a belief in the right of all to culture. My very first opera, aged 12, was at his groundbreaking Birmingham Opera Company and his unwavering commitment to immersive art been a North Star for me ever since.

Translator Amando Holden: Graham was such a specially intuitive musician, but also one of the few truly visionary geniuses of opera.

I’m writing this because without Graham I’d not be me. His support when I was translating Falstaff for his Birmingham company in 1987 was key, and he encouraged, inspired and enabled me through several more Birmingham shows. He so loved that milieu of close work, and understood both deeply serious and ironically comic in every context – who but Graham would have subtitled Il dissoluto punito, or Don Giovanni, as `He had it coming’?!
Graham was director of productions at Scottish Opera in the 80s. The last Glasgow performance of David McVicar’s beautiful new Falstaff production took place yesterday, performed in that 1987 translation which ends with the Graham-inspired – `Life is a burst of laughter’, for Tutto nel mondo è burla. it’s very upsetting to try to accept that Graham has gone on his way.

Orchestra CEO Andrew Bennett: Graham Vick was one of the greatest influences on my life and work. Now, just as Covid seemed to be on the back foot, the pandemic got personal for me. For six years in the 90s with (the then) City of Birmingham Touring Opera I had the privilege to work alongside Graham. He crammed too many projects into his schedule, he could never suffer fools gladly, he rarely compromised. But what a vision, what depth of knowledge, what craft, what inspiration, what imagination, what love for opera! He seemed unstoppable, constantly mining his creativity and sharing it with generosity. He talked about the need to connect anyone with opera, and then walked the walk. He transformed lives. My heart goes out to Ron, their friends across the world, and to my many friends here whose eyes and ears were opened by Graham. His stunning work and the twinkle in his eye will never be forgotten. 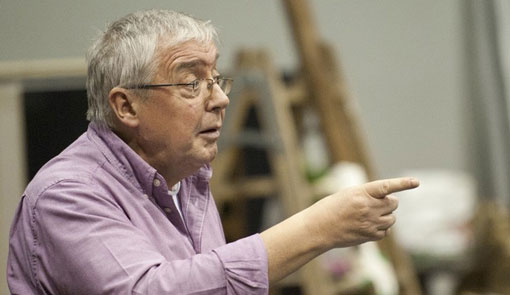 Deutsche Oper Berlin: We mourn the loss of a great artist and revered colleague.

Critic Alex Ross: His production of Stockhausen’s Mittwoch in Birmingham was absolutely one of the most astounding things I’ve ever seen.

German opera house is under water »