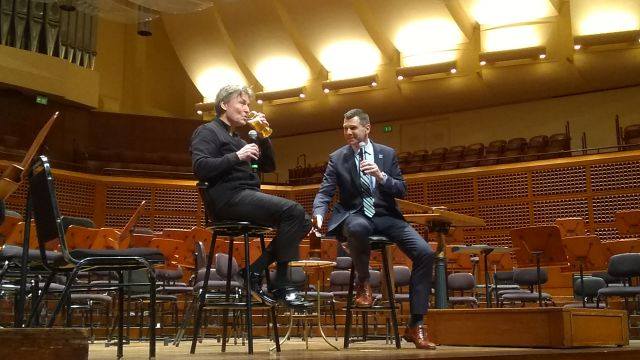 The chief programming officer Matthew Spivey has stepped in on an interim basis but there is no disguising the depth of the crisis.

The orchestra has a new music director coming in and has just undergone a glitzy rebrand. For the CEO to go at this juncture, and after just four years in the job testifies to an impossible situation.

Hanson had established a good workng relationship with Esa-Pekka Salonen (pictured below). The next chief will start from scratch.

No official reason is given for his departure but one insider text says: I had heard that Mark has been weighed down by COVID and DEI.

DEI stands for Diversity, Equality and Inclusion, the demands of a strident minority. The Symphony needed a rethink more than a rebrand.

UPDATE: Hanson said: ‘I have decided that this is the right time to pursue my next professional opportunity within a different environment.’ 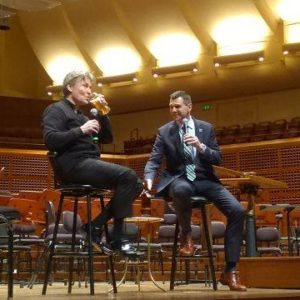 We wish Mark well in his next endeavour. He was previously CEO at Houston.

Met to audience: No jab, no opera »