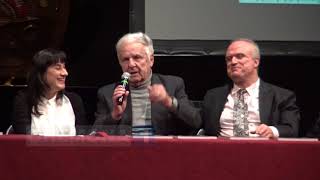 Italian media are reporting the death in a road accident of Maestro Giacomo Zani in his home town, Casalmaggiore, near Cremona. Apparently, Zani lost control of his Subaru and crashed into a lamppost.

Zani, who was 89, had been chief conductor at the Teatro Massimo,  Palermo and at the Teatro del Giglio,  Lucca. He conducted internationally around Europe, the UK and South Korea.

From 1977 to 2011 he was director of the music publisher Sonzogno. His Italian opera editions are used by most leading maestros.

« A year from today, Paul McCartney will be 80

I loved every damned note of it then, and I love it still »