The Melbourne Symphony Orchestra has been deliberating for five years over signing a music director. The last man, Sir Andrew Davis, left in 2019.

Part of the audition process was inhibited by Covid lockdown, which made it impossible for some candidates to attend audition. There were, however, several good contenders in Australia.

This weekend Melbourne let off a fanfare and blew a puff of white smoke.

The next music director is to be the Spaniard Jaime Martin. He is 55, a former principal flute with the London Philharmonic who took to conducting late in life. He lives in London and is Chief Conductor of the RTE National Symphony Orchestra and Music Director of the Los Angeles Chamber Orchestra.

So far, so respectable.

But Jaime Martin, decent conductor that he is, is not a billboard name nor a blazing innovator. If an orchestra has spent five years looking for a baton and comes up with nothing stronger than a mid-career auditioner, something has gone awfully wrong with the process.

And in the unending Covid pandemic when entry to Australia is likely to be complicated for then next 2-3 years, what sense does it make to instal a man who splits his time between London, Dublin and Los Angeles. Surely it would have been better to appoint a resident Australian who is present to invigorate and encourage the orchestra through coming crises.

This is a botched appointment. 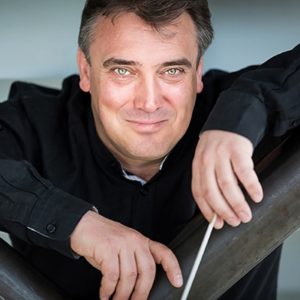