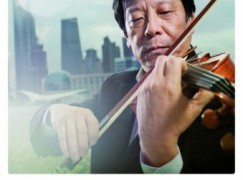 The High Court today ordered Chetham’s School of Music in Manchester to pay a former pupil £45,000 for sexual abuse by her violin teacher.

The school was found to have facilitated sexual behaviour by Wen Zhou Li.

The former teacher faced police charges for rape and indecent assault which were later dropped. He has consistently denied wrongdoing.

Mr Justice Fordham found Mr Li had misused his position at CSM, adding: “The employment relationship at CSM caused Mr Li to have access to Abigail at CSM as her one-to-one instrumental tutor and on a day-to-day basis.

“The circumstances of that access to Abigail facilitated the sexual assaults which occurred.”

The ruling sets a precedent for further private lawsuits against Chethams and several other colleges.

Chetham’s says: ‘The current Chetham’s team carries a sense of deep regret and sorrow for the way in which some former teachers at our school betrayed and manipulated the trust that had been placed in them. We will remain forever sorry.’

None of its past administrators or board members has been called to account.

For a full account of decades of sexual abuse at Manchester music schools read here.

« US and Germany are still slow to hire women batons

Japan goes ahead with Olympics but cancels piano competition »