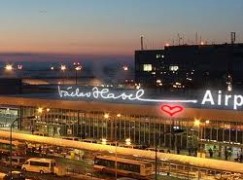 UK Government is quizzed over EU offer for musician visas

The composer Michael Berkeley has tabled a question to the Government in the House of Lords, demanding to know if – as reported by one online reporter – it rejected an EU offer to allow free exchanges of touring musicians.

I shall be asking the Government why this reciprocal offer on touring musicians was not revealed, why it was turned down and how the Government proposes to remedy the plight of 1000s of artists, crews and musicians whose already fragile livelihood will be still further harmed?

The Independent report, if confirmed, is shocking in the narrow-mindedness and negligence of UK negotiators. It reads:

The UK rejected an offer of visa-free tours by musicians to EU countries, despite blaming Brussels for what the industry is calling the devastating blow of them requiring permits.

A “standard” proposal to exempt performers from the huge cost and bureaucracy for 90 days was turned down, The Independent has been told – because the government is insisting on denying that to EU artists visiting this country.

“It is usually in our agreements with third countries, that [work] visas are not required for musicians. We tried to include it, but the UK said no,” an EU source close to the negotiations said. 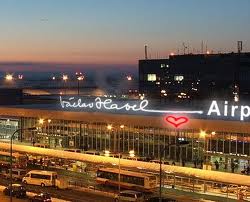 The Incorporated Society of Musicians issued this statement:

‘If these reports are true then we are looking at a serious breach of
trust after the Government provided multiple assurances throughout 2020
that they understood the importance of frictionless travel for UK
musicians and would be negotiating an ambitious agreement to achieve
this objective.

‘We join the call with leading UK businesses that trade negotiations
with Brussels should restart to address the serious regulatory
challenges facing many industries, and a better deal for UK musicians
should be included in those talks. We need complete transparency on what
was discussed during the negotiations and an urgent statement in the
House of Commons outlining what steps the Government are taking to
protect our world leading performing arts sector.’

Dr Fauci: Let the US arts follow the Germans »