A violist lifts the lid on streaming fees

From evidence presented this week to the House of Commons Digital, Culture, Media and Sport Committee:

My name is Rachel Bolt and I am a professional viola player, whilst you will not be familiar with my name you will hear my performances everywhere you go.

I have recorded for artists such as Adele (the albums “19” and “21”), Amy Winehouse (“Valerie”, “Rehab”), Robbie Williams, Take That, Sam Smith, Emily Sande, One Direction and Joni Mitchell to name a few.

These recordings were all done under the British Phonographic Industry/Musicians Union agreement. The current fee for this £130 for a three-hour session and I frequently record four or five tracks in a session.

For example, my fee for the Amy Winehouse recordings “love is losing game” “back to black” and “rehab” was £113.40 for all three recordings under this agreement at the time. Likewise, my fee for four tracks from the Adele album “19” was £151.20.

Of course in order to do these recordings I have to provide my own instruments and bows, the current value of which is around £70,000,I also have to pay to maintain and insure these. As you can see this is a huge amount in relation to the fee I am earning from the
recordings themselves. As a session musician I do not receive any income from streaming whatsoever.

My royalty income for radio broadcasts is paid to me via PPL and is vital to me as otherwise the frequency of sessions and the fee for the recordings would not constitute a livelihood. I understand that the reclassification as “communication to the public” rather than “making
available” would generate a fair income for me and urge you to consider this.
Thank you.
Rachel S Bolt 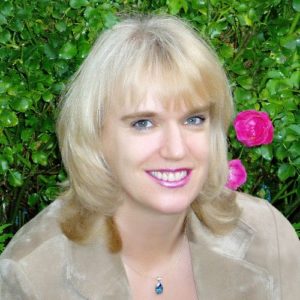 From the cellist Francis Bucknall:

As a cellist in the London Philharmonic Orchestra (LPO) of 30 years’ standing I feel qualified to make the following observations:-

Over the past 30 years the LPO’s quantity of studio recording work has declined to almost nothing. I attribute this to the availability of the number of high quality recordings of the repertoire now in existence, and, more recently to the ease of access to free and unlimited (by subscription) streaming of recorded music.

In contrast to this reduction in our remunerated work, I see a huge increase in the streaming of music, for which WE THE ARTISTS receive no payments whatsoever. PPL (Phonographic Performance Limited) are doing a great job in recovering what they can from radio broadcasts etc. but so far I believe that the vast profits available to the streaming service providers are beyond their reach. I do not think this acceptable in this day and age!

As a member of one of the world’s most recorded ensembles, it is sad to see so little in return for this use of my orchestra’s recordings, which I believe to go beyond the contractual agreement under which I performed.

If I had created a painting or a sculpture, or anything of worth, I would expect to hold the rights of reproduction in my name, or that of my organisation, and hence (if lucky enough to be in demand) expect a return on profits from its reproduction and sale.

From the violinist Madeleine Mitchell:

Thank you for looking into this situation.

As a professional musician I rely for my livelihood on live concerts, recording and a small amount of teaching. I have performed in 50 countries as a soloist over nearly 4 decades. I’ve made 17 albums, quite often broadcast on radio, some of which have been nominated for Grammy and BBC Music Awards, mainly of pieces written for me by well known British composers and 1st recordings of music by British composers such as Grace Williams (1906-77). My album last year for Naxos of her previously unrecorded chamber music with my London Chamber Ensemble was no.2 in the Classical Charts on release on International Women’s Day 2019 and Guardian CD of the Week.

In order to submit evidence for this enquiry I wrote to Spotify to ask how much I’ve received for the 46,000 plays of a track of a violin piece written for me by Michael Nyman CBE, called Miserere * They replied to say revenue is channelled through the record company or their distributer. So I wrote to NMC for whom I recorded the album In Sunlight: Pieces for Madeleine Mitchell (also including 2 works written for me by Sir James MacMillan) for which I receive an 8% royalty and they said I’ve received less than £10 in total for all the streaming/downloads since this album was released in 2005. The last biennial statement (dated 13.3.20) shows I received £1.68. For my other albums (including the Naxos album above) I don’t even receive that as there are no royalties. This sort of revenue is not channelled through PPL either, only for broadcasts (see below). I also wrote to Divine Art for whom I’ve recorded 2 albums to enquire about another popular track on Spotify – Atlantic Drift by Master of the Queen’s Music, Judith Weir CBE and they estimate $6. My payment this year from PPL was for £63.72, last year about half this amount. I pay £15 per month to Spotify as a professional musician so I can listen to music e.g. on my phone.

This is truly appalling that as an artist I do not receive anything like a reasonable amount for the plays of my recordings. It is grossly unfair that these big companies like Spotify and others don’t pay much more back to musical creators and performers.