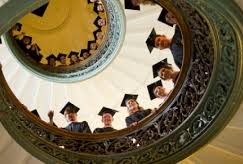 Conservatory may have to change name over slave history

America’s oldest consevatory, the Peabody Institute of the Johns Hopkins University in Baltimore, is wrestling with historic issues of slave ownership. Intensive research has just revealed – shock – that Hopkins was a slave owner. Now they’re looking into George Peabody.

George Washington owned slaves all his life but no-one has yet got around to renaming the capital.

Universities, though, are in the frontline of rewriting history.

Here’s a note from the Peabody dean, Fred Bronstein:

To Members of the Peabody Community:

I am writing to follow up on the message from President Ron Daniels and JHU Medicine leadership sent today. As we now know, recently discovered documents reveal that Johns Hopkins owned and kept enslaved people in his household, at least up through 1850, according to census documents uncovered by university researchers. This very disturbing discovery places the assumed and oft repeated history of Johns Hopkins as an abolitionist in stark contrast to reality, indicating that Mr. Hopkins’ behaviors around race were far more contradictory than had been previously known.

The research which led to this discovery is ongoing, with many questions yet to be answered. In addition to continued efforts to uncover and establish previously unknown facts about Johns Hopkins, a future phase of research is expected to include significant Hopkins-affiliated families such as the Wyman and Garrett families. Accordingly, we have requested that this future phase include research on George Peabody so that we can more fully understand things that we may not know today about Mr. Peabody’s relationships and business dealings. While we have no reason to think that Peabody himself was a slaveholder, in truth, there is no way for us to know without further research what his relationship was to slavery. So, based on this experience with Johns Hopkins, we are committing ourselves to undertake this fact-finding process.

To accomplish this, I have asked our archivist, Matt Testa to work with Sheridan Library researchers and others to lead this process specifically as it pertains to George Peabody.

We already know through the history of the Institute, despite its founding as a community cultural center, that it was not welcoming to Black people for much of that history, as was the case with the field of classical music. As we grapple with the work that we are doing in anti-racism, diversity, equity, and inclusion today, we must learn and understand more about our own history, including the Institute’s historical relationship to communities of color in Baltimore. My hope is that we can build on this initial research around Mr. Peabody, to better understand the history of the Institute that is his namesake.

Of course, the very important work we continue to do in building diversity in our community of faculty, staff and students goes on, as do initiatives around building a culture that welcomes all people and works towards equity and inclusion through honest community conversations, expanding and enriching our curriculum with more diverse creative voices, and other important initiatives.

Our community is pained by this news today. It is impossible to be otherwise. As it pertains to Peabody, we should see this as an opportunity to understand in the most transparent way possible more about our own history, and contextualize that history, so that we may shape a better future.