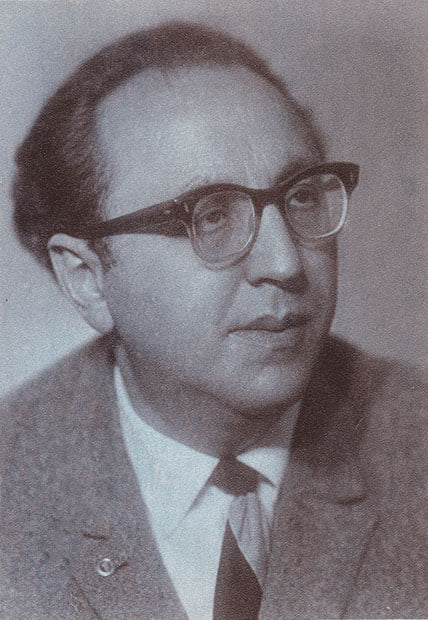 From the international cellist Misha Quint:

Part of my soul my poor genius father left us for better world.

Girsha (Gennadiy) Kvint, born in Leningrad (now St. Petersburg) in 1924, lived through most major events in the 20th century. One of the experiences he spoke of most often was the Blockade, the Siege of Leningrad from 1941-1944.

Despite being a double amputee and part of the Russian Jew minority he became highly decorated star nuclear engineer. He was a project leader of Icebreaker Lenin (breaking up glaciers in the arctic) for which he received the Order of Honor from Russia (Znak Pocheta) among others and was a chief engineer, responsible for putting Nuclear Reactors on submarines. “It was a good job”, he would often say.

A major event of Girsha’s life was marrying his wife, Marina Kvint, who was an English teacher by profession. Marina and Girsha had a happy 68-year marriage and had two children, Lora Kvint and Misha Quint. Lora Kvint is a pop star composer and pianist in Moscow, Russia and Misha Quint is a solo cellist who is a soloist with orchestras, recitals, and is Music Director and Founder of InterHarmony International Music Festival in Italy and Germany and InterHarmony International School of Music Online. Girsha also helped raise his grandson, Philippe Quint, a Grammy nominated solo violinist with orchestras who is now based in Chicago.

Girsha was instrumental in his children’s and grandson’s success as musicians. He practiced with them, attended all of their cello, violin and piano lessons, and ensured that they auditioned for the best schools, the Leningrad Special School of the Gifted and St. Petersburg Conservatory.

The fact that Girsha was a double amputee did not hinder him. He was strong and walked on prosthesis until the very end of his life, refusing to use a wheelchair. Though English was not his forte, Girsha always studied English, especially idioms, poems, and phrases of wisdom he often loved to impart to his friends and family. When Girsha’s son, Misha, emigrated to the USA, Girsha and his wife, Marina, followed a year later and lived in Washington Heights in New York City until October 2019. Then, Misha helped his parents move to Delray Beach, Florida, in order to be closer to him and enjoy the sunshine. In these last months with the pandemic, when Misha was not able to travel for his concerts and European festivals, he was able to spend time and get closer with his adored parents in Florida. Perhaps good things can come from a crisis.

So who was the real Cool man in West Side Story? »