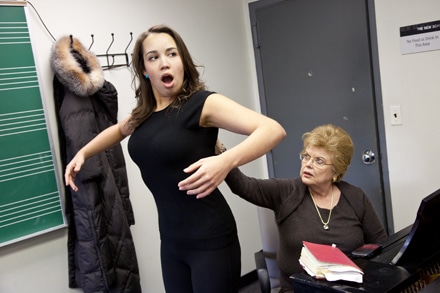 We have been informed of the death of Ruth Falcon, who sang four roles at the Met between 1989 and 1996, including Turandot.

In recent years, she was a much sought-after voice teacher at Mannes.