Wayne Barlow? Not a composer I’ve heard before.

Now I want to hear more. He is just so timely for this season. 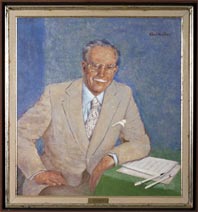