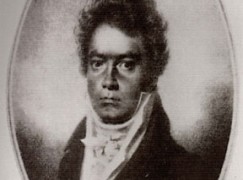 Beethoven’s 5th is a ‘symbol of exclusion and elitism’

There’s a bit of a stir about an article in the online magazine Vox which jumps on the anti-everything bandwaggon to denounce Beethoven’s 5th symphony, of all masterpieces, as white male supremacist.

Here’s a snippet:
We explore how Beethoven’s symphony was used to generate the strict culture of classical music — and the politics that undergird those norms of behavior.

Though concert etiquette that evolved in response to the Fifth may have had the goal of venerating the music, it can also act as a source of gatekeeping. “Polite society” first emerged as a set of cultural standards developed during the mid-18th century as bourgeois class signifiers. In Beethoven’s time, new social etiquette extended into the concert hall.

Today, some aspects of classical culture are still about policing who’s in and who’s out. When you walk into a standard concert hall, there’s an established set of conventions and etiquette (“don’t cough!”; “don’t cheer!”; “dress appropriately!”) that can feel as much about demonstrating belonging as appreciating the music.

For classical music critic James Bennett II, Beethoven’s popularity and centrality in classical culture is part of the problem. “As you perpetuate the idea that the giants of the music all look the same, it conveys to the ‘other’ that there’s not a stake in that music for them,” he says.

What they fail to explore is how Beethoven’s 5th served for millions as a symbol of freedom in the war against Nazism.

At least one of the co-authors, Nate Sloan and Charlie Harding, appears to be a white male.

One might think this was parody, but no: it’s what passes for reasoned argument in US media and academia right now. 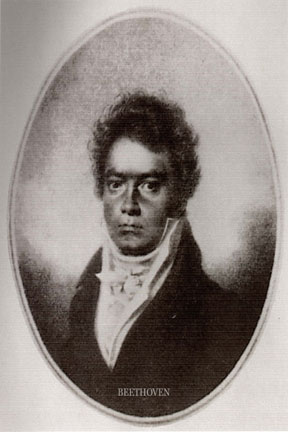 This image, by the way, is being used widely to support spurious suggestions that Beethoven was African.

7 women are picked for conducting programme »