Placido Domingo: I am not the Harvey Weinstein of opera

The singer has given an interview to La Repubblica in which he runs through a catalogue of denials – no abuse took pleace, he made no admission of guilt to satisfy AGMA, he did nothing wrong.

The reason for the interview? ‘When I learned I had Covid, I promised myself that if I got out alive I would fight to rehabilitate my name. I have never abused anyone. I will repeat it as long as I live.’

The denial is absolute. ‘Of course I’m angry, of course I’m depressed, especially because my whole family has been involved; the suffering is enormous for all of us. I have always declared my estrangement from the facts, sometimes with short statements that have been misunderstood and considered admissions of guilt. It’s a terrible situation.’ 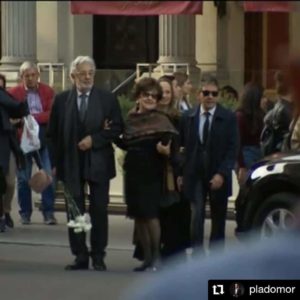