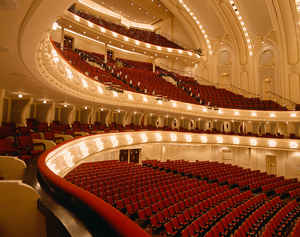 We’ve cancelled the rest of the year

On Slipped Disc we have given up publishing each inevitable change of plan that arises from the Covid-19 pandemic.

It has been appearent for several weeks that most orchestras will keep the shutters down for the rest of 2020, and these announcements follow one another with grim and depressing predictability.

In London, both major arts centres will stay shut, keeping the orchestras idle.

In the US, one city after the next has bowed to the inevitable. Today, Chicago wrote off the rest of the year.

Because of the COVID-19 public health crisis, it has become apparent that we will not be able to present fall 2020 programs as originally planned. Our highest priority is the health and safety of our audiences, musicians, visiting artists and staff. After careful deliberation, we have made the difficult decision to not resume our traditional concert programming before January of 2021 in accordance with the State of Illinois and City of Chicago recovery plans and in response to the current safety guidelines from public health officials. We are hopeful that we will be able to proceed as originally planned with programs at that time.

And a few hours later: Los Angeles Philharmonic Music & Artistic Director Gustavo Dudamel and David C. Bohnett Chair Chief Executive Officer Chad Smith today (announced a far-reaching set of media partnerships and digital initiatives designed to bring the music and programming of the LA Phil to the broadest possible audience. Wide-ranging programs on multiple platforms will make the LA Phil’s work accessible while Walt Disney Concert Hall, the Hollywood Bowl and The Ford are dark due to COVID-19. That period has been extended, as the LA Phil has) canceled its fall 2020 season at Walt Disney Concert Hall through December 31, 2020 in response to the guidance of public health officials.

Leonard Slatkin: How to make our orchestras more diverse »