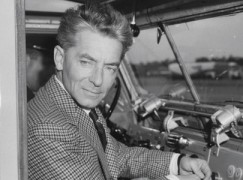 In the summer of 1818 Beethoven was informed that his long-term pupil Archduke Rudolph, the Emperor’s younger brother, had been appointed archbishop in the Czech town of Olmütz and expected a suitable piece of music for the occasion. Beethoven, who was sketching ideas for a new symphony, his ninth, broke off to write a ceremonial work that turned into his largest and most personal spiritual statement. While writing it, his friend Anton Schindler said, ‘his whole personality seemed to take on a diferent form… never before or since have I seen him in such a condition of detachment from all that is earthbound.’

He sent his nephew Karl to be educated by a priest and read several books on Christianity. He examined alternative texts of the Mass and took them seriously. Yet, from what we know from his diaries and the notes of his friends, at no time in the period of composing the Missa Solemnis did Beethoven ever enter a church for the purpose of prayer, celebration or confession. He was not, by any recognised measure, a practising Christian. All that we can state with certainty is that he immersed himself in a state of spirituality for the purpose of composing theis Mass, and that his plan for it was larger and loftier than his only other work in this form, the Mass in C a dozen years earlier. Schindler reports: ‘From behind a closed parlour door we could hear the master working on the fugue of the Credo, singing, yelling, stomping his feet. … The door opened and Beethoven stood before us, his features distorted to the point of inspiring terror.’ This was a work that everyone found daunting.

While writing the Missa Solemnis, he also occupied himself with two movements of the ninth symphony, the last three piano sonatas, the Diabelli Variations and the string quartet opus 127. Detach as he was from earthly concerns, he was still Beethoven, working all hours to extract musical truths from himself so long as his failing health permitted. In his dedication copy he wrote to Rudolph: Von Herzen—Möge es wieder—Zu Herzen gehn! (from the heart – may it return – to the heart!)

Probably because it was beyond the resources of a small town like Olmütz, the premiere was given elsewhere. Beethoven’s idea was to twin it in a single concert in Vienna with the ninth symphony, a proposal that was quashed by the imperial censor on the grounds that sanctity and humanism did not go together (not that many in the audience would have survived such a double premiere). Beethoven eventually consented to a performance on April 7, 1824 in Saint Petersburg in a concert sponsored by Prince Nikolai Galitzin for the benefit of widows and orphans of musicians in the city’s orchestra. Whatever was heard in Russia, stayed in Russia; the rest of Europe was unaware of the work’s existence until three movements were performed in Vienna on May 7, 1824, preceding the premiere of the ninth symphony. The complete work was not attempted in Vienna until three years after Beethoven’s death and it has been reserved ever since for commemorative occasions, to be heard in awe and trepidation.

On record it is comparably scarce – barely three-dozen recordings, against 150 for the Ninth Symphony. In nine movements, the Missa Solemnis lasts around 80 minutes and requires four vocal soloists, chorus and large orchestra.

The earliest commercial recording, by Bruno Kittel and the Berlin Philharmonic in 1928, is a sought-after Polydor rarity with inadequate soloists. A copy, recently made available on Youtube, runs over 85 minutes. Kittel (not to be confused with a notorious Nazi criminal of the same name) was an entreprising individual who snuggled up to the Hitler regime and produced a version of Moart’s Requiem that he sanitised of all references to Jews and Zion. He was, on this evidence, a sluggish, inefficient conductor.

Serge Koussevitsky recorded the Missa Solemnis in 1938 with soloists of the Harcard Glee Club (who probably paid for the privilege); this, too, need not detain us. Arturo Toscanini was 66 before he attempted the Missa Solemnis. It was in Carnegie Hall, December 1940, a moment of ineluctable solemnity for the European continent the maestro had left behind. The recorded sound of the NBC Symphony Orchestra and Westminster Choir is barely tolerable, but the soloists are stellar – Zinka Milanov (Soprano), Bruna Castagna (Alto), Jussi Björling (Tenor), Alexander Kipnis (Bass) – and the atmosphere is historic. Listen to Björling’s entry in the Gloria and the world stops revolving on its axis. I return to this recording in small doses; anything longer would erode the lining of my ears. A 1953 Toscanini concert has marginally improved sound, but less imposing soloists.

Bruno Walter in 1948 at Carnegie Hall is marred by audience noise, although Lorenzo Alvary’s whispered Agnus Dei is one of the wonders of the recorded world. Otto Klemperer, who taped the work in Cologone, Vienna and in 1966 in London, is more deliberate than Walter and less uplifting. His soloists are a matter of taste – Elisabeth Söderström, Marga Höffgen, Waldemar Kmentt, Martti Talvela. There is also an Erich Kleiber Stockholm recording with Birgit Nilsson in the cast; poor orchestra, but who cares?

Leonard Bernstein’s 1960 New York Philharmonic performance is one of his landmark claims to be counted as a great classical conductor, rather than a phenomenal, all-rounder. Bernstein’s pacing and phrasing are exceptional and his Anglophone soloists – Eileen Farrell, Carol Smith, Richard Lewis, Kim Borg – are of high calibre. Only the Westminster Chorus is slightly sub-par. Herbert von Karajan hired the Wiener Singverein in his epic 1966 Berlin set with deathless soloists – Gundula Janowitz, Christa Ludwig, Fritz Wunderlich, Walter Berry. Amazing the difference an idiomatic chorus makes. Karajan, agnostic as he was, was steeped as Beethoven was in deep-seated Germanic Catholicism. Both Bernstein and Karajan had another go at the Mass but neither improved on first efforts. 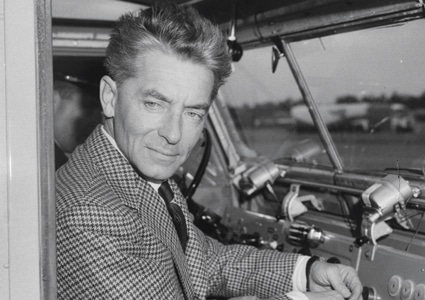 Two other mid-century maestros come into the reckoning. Georg Solti’s Chicago 1978 production has splendid Decca sound and soloists – notably Lucia Popp and Yvonne Minton – and an unexpectedly relaxed approach from a conductor who liked to drive his Beethoven hard. The Chicago brass herald the second coming as if it’s due at any moment.

Carlo-Maria Giulini, reverentially slow at 86 minutes, has a London orchestra and chorus playing well above themselves and a totally cohesive cast of soloists – Heather Harper, Dame Janet Baker, Robert Tear, Hans Sotin. The unnamed violin solo in the Sanctus is arguably the finest of them all.

I have more to say about recordings of this great piece, notably about the early-music movement and its prolonged assaults on Beethoven. … Continued here.