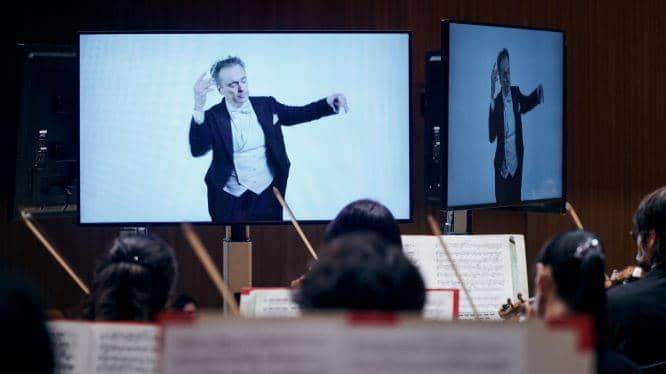 The Tokyo Symphony orchestra has performed the ‘first ever concert with recorded-video conducting’.

The concert was also live-streamed on Nico-Nico channel. Followed by Britten’s Frank Bridge Variations without conductor in the first half, Dvorak 8th Symphony was performed under recorded video conducting of Jonathan Nott via screen in the second half.

This is mildly insane. The musicians are performing to a remote video when they could be working with a real live conductor in Tokyo, which would make both social and musical sense.

But no, they say, we have to work with our highly paid  music director, even if he’s asleep  in bed while we’re performing live.