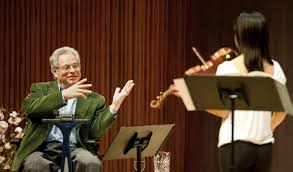 Who masters the 10th sonata?

There is a gap of ten years between Beethoven’s ninth sonata for violin and piano, known as the Kreutzer, and his tenth and last composition in this form, which a publisher called The Cockrow (but no-one else does).

By the time the tenth was performed in 1816, the world had changed. Napoloen was defeated. Europe had settled into its old torpor, Haydn was dead and Beethoven had nothing left to prove. He stood unchallenged as the foremost living composer, pushing boundaries with almost every work, in thrall to no rules except his own.

This may help expain why the tenth sonata is the most relaxed and appealing of the set, demanding less of its performers than others and finding an easy appeal with listeners. Beethoven was in accommodating mode, telling the Archduke Rudolph that ‘I have not hurried unduly to compose the last movement as, in view of (Pierre) Rode’s playing, I have had to give thought to the composition of this movement. In our finales we like to have fairly noisy passages, but R does not care for them – and so I have been rather hampered.’ He did not seem to mind. This is as cheerful as Beethoven gets.

Yet as he shared these confidences with Rudolph, his pupil and patron, he could hardly leave the house for chest and stomach pains and was plunged into mourning by the death of his brother, which was followed by all-consuming custody war over his nephew, a preoccupation that muted his creative urges for the next four years. Everything in his life was falling to pieces, yet all in the sonata is in perfect order. The sonata has four movements and lasts around 27 minutes. It stands apart from the rest of the set.

As befits a standalone sonata, there is a standalone recording for each decade of the 20th century. Yehudi Menuhin with his sister Hephzibah dominates not just the rest of the field in 1940 but his accompanist as well, barely letting Hephzibah lead where she ought to or determine a phrase that is rightfully hers. He is a controlling brother. But this is Yehudi at his peak, before he suffered confidence loss and technical doubts, and his playing here is serenity itself. Hephzibah was not in the same class as an artist or a personality. It may be that she was too timid to speak up. Those who only heard Menuhin’s post-War will struggle to reconcile his mastery here with the havering that followed.

In 1952, Jascha Heifetz is unsurpassable, his tone a shade less polished than Menuhin’s but his articulation so easy you’d think he could play the music twice as fast, or even backwards. The accompanist, Emanuel Bay, is allowed enough just room to hang his coat in RCA’s Hollywood studio.

The Sixties belong to David Oistrakh – whether the playful Paris session with Lev Oborin, or the fiercer Moscow recording in bleaker sound with Sviatoslav Richter, who was never a backseat driver. The interplay between these two is joyous and unpredictable. Richter begins the slow movement as if he has no intention of ever allowing the violinist back into the picture; what ensues is a game of musical chess, full of swift moves and stunning swoops. Neither says, ‘after you – no, after you.’

Itzhak Perlman and Vladimir Ashkenazy in 1977 threaten to put everyone else out of business. Perlman, at 32 years old, has the warmest tone on earth and a hair’s breadth precision in his phrasing and dynamics. I’m not sure he ever sounded better. Ashkenazy, a conductor by temperament, is prepared to let the violinist hold centre-stage without, however, yielding an inch of his own space. This is a marvellous dialogue, an exemplary masterclass in chamber music. Could anyone surpass it?

Nobody in the 1980s, or even the early 1990s. But from 1994 to the present day Gidon Kremer and Martha Argerich own the piece. Kremer, drier than Perlman while cerebrally more incisive, is guided softly but firmly by the ethereal Argerich, who seems to receive her interpretations from angels on high. For multi-sensual and dimensional pleasure, this is like watching Roger Federer play Novak Djokovic at Wimbledon, each a champion on his own side of the net, yet each dependent on the other to return as good as he gets.

The 21st century has yet to displace this pair. Over the past generation there has been a catastrophic decline in violinists of strong character, with Anne-Sophie Mutter a commanding presence at the centre and none coming close to her hegemony. Mutter, who recorded this sonata in 1998 with her regular partner Lambert Orkis, steams through it like a Mercedes on the autobahn, barely raising a quiver in passengers or passing cars and leaving no lasting impression. The Frenchman Renaud Capucon is elegance exemplified in a 2010 recording with Frank Braley at the piano, but he lacks power and penetration. The world awaits the next big violinist. It has been kept waiting far too long. 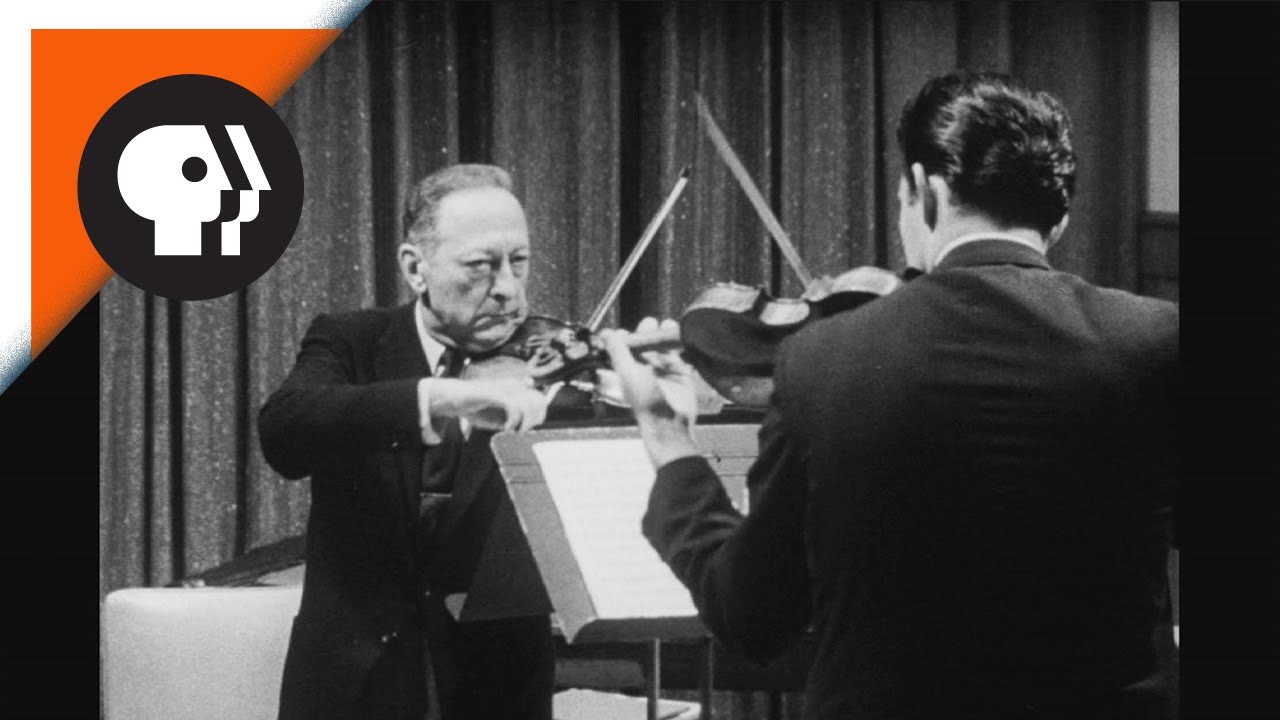